What hormones are produces pancreas

The pancreas is one of the organs of the digestive system. Among the major hormones can be called insulin, glucagon, somatostatin, vasoactive intestinal polypeptide. 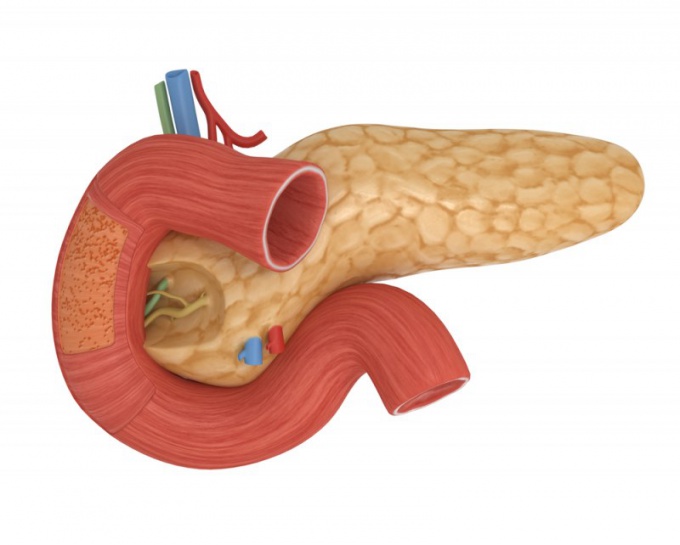 Related articles:
Instruction
1
The pancreatic hormone insulin affects the metabolism in almost all tissues of the body, reduces the level of glucose in the blood. It is produced by the pancreas around the clock, mostly in response to the supply of glucose in the blood. Extra insulin is actively formed when taking food, and not just starchy. Some amino acids, calcium and free fatty acids also provoke its secretion. Glucagon and stress hormones suppress the secretion of insulin. Insulin-secreting cells of the pancreas are controlled by the autonomic nervous system.
2
Insulin influences the process of carbohydrate metabolism in the body. It makes the transport of glucose across membranes of the cell more intense, especially in muscle and adipose tissues, because these tissues are called insulin dependent. The cells start to actively absorb glucose . To reduce its level, insulin also has effects on some enzymes. These enzymes contribute to the breakdown of glucose. Another mechanism – reduction in the formation of glucose in the liver. Also insulin increases the following processes: absorption cells of amino acids, transport of ions of potassium and magnesium, the synthesis of fatty acids from glucose in the liver. If the glucose level is greatly reduced, secretion of insulin is still being produced.
3
The pancreatic hormone glucagon contributes to glucose level in blood, reduces insulin secretion. Glukagonovykh it binds to receptors of liver cells, causing decay of stored liver glycogen. In the released glucose. In muscle also has glycogen, but its cells do not have glukagonovykh receptors. Glucagon influences blood pressure by increasing it. As a result of increased blood flow, glucose and free fatty acids become available for the muscles. This mechanism aktiviziruyutsya in extreme situations.
4
The pancreatic hormone somatostatin decreases the release of certain hormones by the pituitary gland and hypothalamus. Also somatostatin suppresses the production of serotonin, insulin, glucagon and some other hormones. The pancreatic hormone, vasoactive intestinal polypeptide affects the smooth muscles of the intestine and blood circulation in the tissues and also inhibits the production of hydrochloric acid in the stomach. The pancreatic hormone pancreatic polypeptide stimulates the secretion of pancreatic juice.
Is the advice useful?
See also
Присоединяйтесь к нам
New advices