Broke timing belt, what could be the consequences 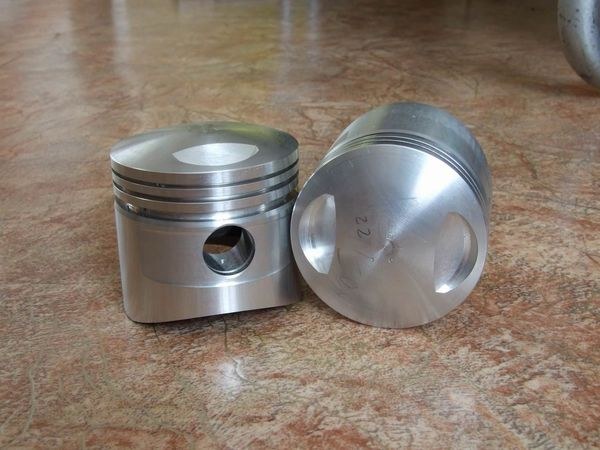 Related articles:
Engine timing is the heart of modern motor. It depends on the accuracy of opening and closing of engine valves. On the classics, for example, to drive the camshaft, which is responsible for the operation of the valves, used a metal chain. Very reliable but very noisy. So today, instead using a flexible toothed belt.

Its reliability is also high, but need to monitor this parameter as tension. If it is excessive, the belt could not withstand the load and break. And it is fraught with consequences, sometimes not very pleasant.

Classic and the first Samara

So, the classics were installed on the engines with a chain drive. But there is a engine VAZ 2105, which has the chain replaced with a belt. This is the first motor with a timing belt installed on the classics. Quieter, better comfort, and when the belt breaks the valves are not bend, because the designers have provided all the pistons and made recesses for the valves. When you open the belt transmission, the valves don't slap the pistons, all ends happily.

But the engine 2105 was forgotten and got a bad reputation because of careless masters, making repairs, put the pistons without notches. And following broken belt ended the repair of the cylinder head. To replace the classics came eight and nine, which were installed on the engines with a volume of 1.1 l, 1.3 l, 1.5 L. these engines, 8-valve, broken timing belt without consequences for cylinder head complete only on the engine capacity of 1.5 liters.

The tenth family and the new model

When the tenth family began to put engines of 1.5 liters with 16 valves, there is a risk that the valves can bend when breakage of the timing belt. This could happen for the reason that there is no scoring on the pistons. But the 16-valve engine volume of 1.6 liters has recesses for the valves on the pistons. And it not bend valves if the belt suddenly breaks. And you only need to put a new belt and calmly continue driving.

As for the priors and Viburnum, the first engine is a 1.6 valves will bend, but to break the strap very hard. In width it is almost two times wider than the belt on the engine VAZ 2112. Therefore, the resource it is also higher. And Kalina with the engine of 1.4 liters in case of breakage of the timing belt will probably need to repair the cylinder head.

So, the conclusion is clear that at high belt wear or factory second possible breakage. And it is fraught with expensive repairs to the cylinder head. The way out is to prevent breakage of the belt. And if you specifically, need only time to change the consumables, not wait until the last. Cylinder head repair will cost ten times the price of the belt and the rollers.
Is the advice useful?
See also
Присоединяйтесь к нам
New advices