How to get emoticons on keyboard

Communication through the Internet or SMS correspondence suggests that interlocutors do not see each other. To convey the mood and emotions in print help smiley (from the English. smile-smile) is a character set similar to faces. 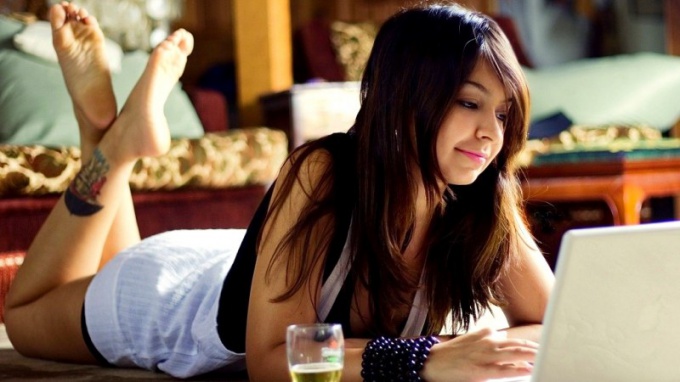 Common emoticons and their designation

The author of the first emoticons of the characters is an American scientist Scott Fahlman, who in 1982 proposed to indicate the seriousness or lack of seriousness of the messages on the Board of the University advertisements by connecting punctuation such as a colon, dash and parenthesis. :-) and :-(

And even earlier, in 1969, to use parenthesis as the smile or sorrow guessed Russian writer Vladimir Nabokov, living then in the United States. In an interview with the American magazine he hinted that it would be nice to come up with a special typographical symbol for the emotions of the author, then the answer sometimes stupid questions journalists don't have.

Punctuation on the keyboard is represented in the second row from the top. Just hold down the "Shift" button (in the fifth row from the top the first button) and choose the corresponding symbol in the row of numbers and symbols.

Modern users of computers and mobile phones have in their Arsenal more than 60 emoticons. The most common for the expression of emotions are:

As big eyes, use a capital letter O. To create a wide smile follows after the colon, click the uppercase English letter "D". To indicate irony, it is necessary to switch to English layout and select an angle bracket. You can designate the age or affiliation with any youth culture. For example, the little girl throws the bow on the head, which is indicated by the eight 8:-). And punk his distinctive Mohawk draw using the equal sign" =:-)

Some use symbols to paint full faces. This style of emoticons called Kaomoji or anime emoticons. Parentheses are used to denote the cheeks, and between them insert the required marks for a particular emotion. For example: (^_^) denotes a smile, joy, zamurovannye pleasure. His mouth and cheeks are typed in Russian layout, in English eyes (figure 6 while holding shift). If the face from the sides to add \ and /, will man jumping for joy with their arms raised.

Symbols may be used to refer to objects and gifts. For example, you want to give the person on the other side of the screen rose. Most on the pink Bud like icon "dog", that is,@. As stem will fit the dash, and the leaf is drawn with an inclined stick. You can present the flower with the ribbon, taking the form of a tape brace. In the end it may turn out like this: @-/--- or @}--- . The gift can be in the form of cake made of square brackets: [``]. Candles are inserted with the button "e" in English layout.

Users with a rich imagination manage with a few options of brackets and spaces to draw a rabbit or a bear. Open a blank sheet in Word and experiment with pressing different buttons, change the layout, etc. May also get a masterpiece.

Emoticons: to use or not?

To use emoticons in correspondence carefully, otherwise people might take you for a frivolous person. Should refrain from the printing of smiles, if you're working on the ICQ with people in a higher position. Their emotions can be shown only to close friends, so you better understand.
Is the advice useful?
See also
Присоединяйтесь к нам
New advices