Why engine heats up

In the process of operation of the vehicle there are situations when the coolant temperature begins to rise rapidly to critical values, bordering on overheating. It is recommended to turn the stove on full power, to stop and let the motor cool down. If the pressure in the cooling system small, it is useful to add water to the radiator. At the first opportunity, you need to find and remove the causes of engine overheating. 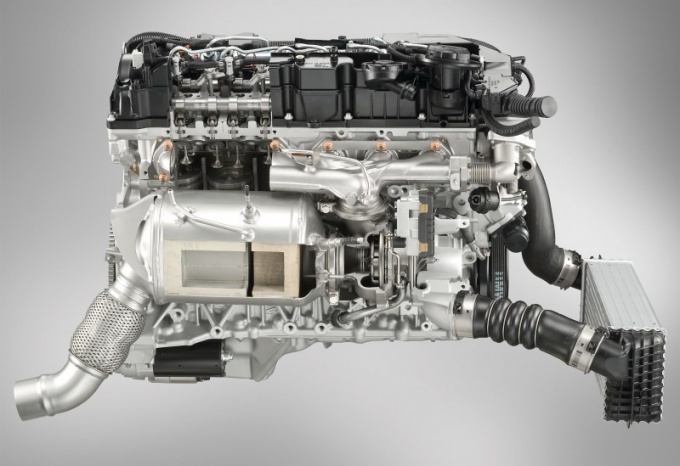 Related articles:
The first reason excessive heating of the motor can be lack of coolant. It can be the consequence of any leak in the cooling system. To detect the fact of leakage can on the white drips on the engine and drops of antifreeze under the car after Parking. Internal leak when the coolant gets in the oil and cylinders are harder to catch. And the effects from it are worse. Besides the danger of overheating is added the danger of water hammer and jamming of the crankshaft.

The second reason may be the low efficiency of the radiator fan. Low performance may be due to the weakening of the belt tension or the drive due to incorrect operation of temperature sensor. It is also possible strong contamination of the fins especially in the summer in those regions where there are many poplars.

The third reason – malfunction of the thermostat. However, he hangs out in one of two positions, and the coolant starts to circulate continuously only in a large circle, or only small. In the first case, the motor begins more difficult to gain a working temperature in the second – to constantly overheat. Reasons the thermostat down can be hard water with a high content of salts and minerals, or misuse of sealants to the cooling system.

The fourth reason – wrong adjustment of ignition system or injection. Later ignition can give a sharp increase in exhaust gas temperature, high heat which will be transferred to the cylinder head. Long operation of the engine in terms of detonation leads to increased wear of parts of the power unit.

The fifth reason – long operation of the engine under high loads. The cooling efficiency of the motor depends on the rpm of the crankshaft. Therefore, in traffic, when the cooling system low speed running is ineffective when the flow velocity is almost there, but still it's hot outside, the likelihood of excessive heating of the engine almost completely.

The sixth reason – burned exhaust valve. The presence of cracks therein increases the temperature of the exhaust gases, and consequently all parts of the engine.

The seventh reason is the accumulation of deposits in the cavities of the cooling system. Deposits formed from mineral salts released from the coolant. Accumulating, they block the channels and impede heat dissipation. The pointer of the coolant temperature may not appeared to respond to internal overheating. In addition to these, the sediments cause the cavitation of the cooling cavities until the through holes in the system.

The eighth reason – the deposits in the combustion chamber. Accumulate, as if they teploizolirovat her. Often this phenomenon occurs in worn engines: the cylinders flows a lot of oil, which gives the deposits on the cylinder walls. Emerging overheating of the combustion chamber lead to greater oil consumption and increased this phenomenon. As in the previous case, the temperature gauge will not show the increased heating of the motor. The signs by which to judge the presence of deposits in the combustion chambers – slow reaction of the engine on pressing the accelerator, a grey smoke from the exhaust, trouble starting the power unit.

The last reason for the increased heating of the motor is the misuse of additives for motor oil. Additives build up ceramic-metal layer on the surfaces of the cylinders at the same time contribute to an effect similar to that seen with the accumulation of deposits on the cylinder walls.
Is the advice useful?
See also
Присоединяйтесь к нам
New advices