How to identify engine overheating

The likelihood of overheating of the engine is present in summer and in winter. Most often the overheating occurs in summer at high ambient temperatures, and in the spring after prolonged use in harsh conditions and due to lack of maintenance. Often overheating can be a non-working cooling fan, which breakage went unnoticed during the winter. 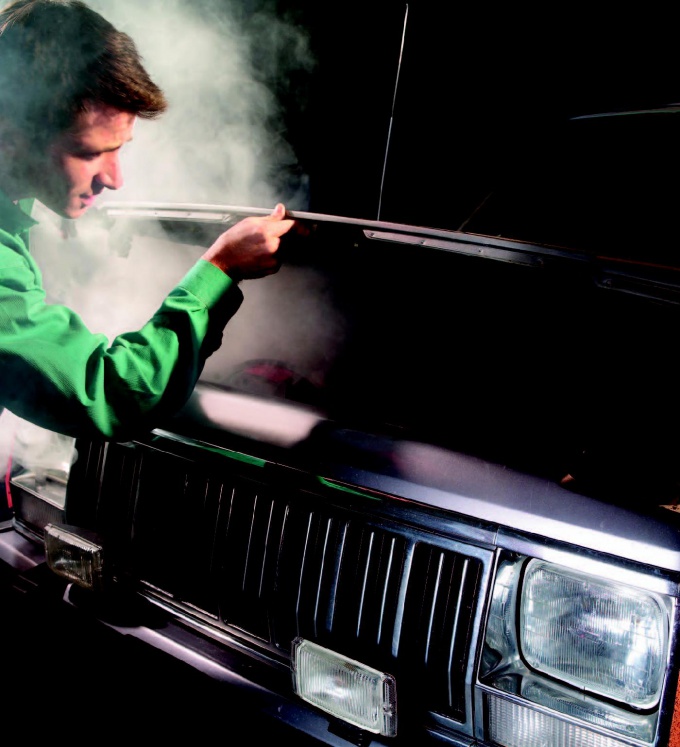 Related articles:
Instruction
1
In theory, to detect overheating of the engine can be the pointer of the coolant temperature. In practice, however, in heavy traffic a critical reading of this instrument is undetected or detected too late. On this basis, for each owner will be very useful to be able to detect indirect signs of overheating of the engine.
2
When there is insufficient amount of coolant in the cooling system the heater stops supplying hot air into the cabin just before boiling of the coolant. This is the first sign of an impending overheating.
3
Another sign of the critical value of the coolant temperature – the appearance of signs of detonation in the form of characteristic sonorous thud. It manifests itself when there is abnormal combustion of the fuel mixture in the cylinders. And this is due to the increased temperature of the combustion chamber walls.
4
With further increase in temperature of the engine , there are other signs of overheating. The engine will noticeably lose power, there is a strong and uniform knock (stronger than in the detonation). Further work of the engine is fraught with profound injuries and the need for major repairs.
5
If still there was overheating of the engine, just pull over, stop the engine and open the hood to speed up the cooling of the engine. In any case, do not open the radiator cap until it cools down. The cooling system is pressurized and if you open the tube, there will be a powerful release of hot coolant and steam. Burn hands and face are inevitable!
6
Moreover, the superheated coolant inside the engine helps to equalize the temperature of parts, reducing her to critically overheated. And in any case not poured over an overheated engine with cold water. The cylinder head will crack.
7
Immediately after stopping wait 10-15 minutes. Then make sure that the pressure in the cooling system decreased (upper radiator hose will lose elasticity). Then carefully open the radiator cap and add coolant. The process of topping do slowly and carefully so as not to provoke injuries of the head unit.
8
The next step – start the engine. At idle check the coolant temperature sensor, inspect for coolant leaks and the fan is switched on. If the temperature gauge slowly reaches the zone of the working temperature, and then quickly begin to approach the area of the critical temperature, there is a failure of the thermostat, and he remained in the closed position. In this case, further movement is not possible: very soon the engine will overheat again. Output: remove the thermostat or valve.
9
If a leak is detected, try to eliminate it or to reduce as far as possible. When a faulty fan switch on the heater at maximum power and maximum air flow. This will allow you to drive home.
10
If you fail to fix thermostat or with a very small amount of coolant can slowly move by using the following method. Carefully watching the hand of the temperature gauge, start moving. When the arrow of the red zone, stop the engine and go coasting. Shortly before the complete stop again, turn the engine on and repeat the procedure again. This method allows you to drive dozens of miles without any damage to the engine.
Is the advice useful?
See also
Присоединяйтесь к нам
New advices