What is a parabola

Parabola is a mathematical term used to describe the graph of a quadratic trinomial. Physically, the parabola has the property of reflecting light and is widely used in mirror telescopes and antennas for space communications. 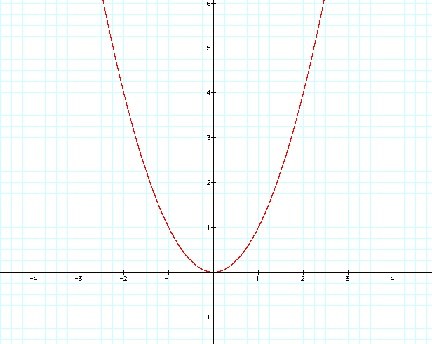 The mathematical concept of a parabola

The parabola is an infinite curve that consists of points, ravnoudalenie from a given line, called the directrix of the parabola, and a given point - parabola focus. Parabola is a conic section, that is represents the intersection of a plane and a circular cone.

Properties of the parabola

Parabola is a curve of the second order, which has an axis of symmetry passing through the focus of the parabola and perpendicular to the directrix of the parabola.

If you produce a reflection of a parabola on any tangent, then the image of the parabola will be at her headmistress. All parabolas are similar among themselves, i.e. for each two points A and B of one parabola, there are points A1 and B1 for which it is the assertion |A1,B1| = |A,B|*k, where k is the coefficient of similarity, which in numerical value is always greater than zero.

Expression of parabola in life

Some cosmic bodies such as comets or asteroids passing near large space objects at high speed have a trajectory in the shape of a parabola. This property of small celestial bodies is used when the gravitational maneuvers of the spacecraft.

For training future astronauts on earth are special flights of aircraft along the trajectory of the parabola, thus achieving the effect of weightlessness in the gravitational field of the earth.

In the home of a parabola can be found in a variety of lighting fixtures. This is due to an optical property of a parabola. One of the last uses of a parabola, based on its self-focusing and defocusing of light rays steel solar panels, which are increasingly included in the scope of supply in the southern regions of Russia.
Is the advice useful?
See also
Присоединяйтесь к нам
New advices