What is the pattern

One who is engaged in different types of modeling, often requires you to draw the same detail. Using a template can greatly facilitate the work. Such a template is called template. This is especially important if you have to draw the complex curves consisting of several fragments of different geometric shapes. 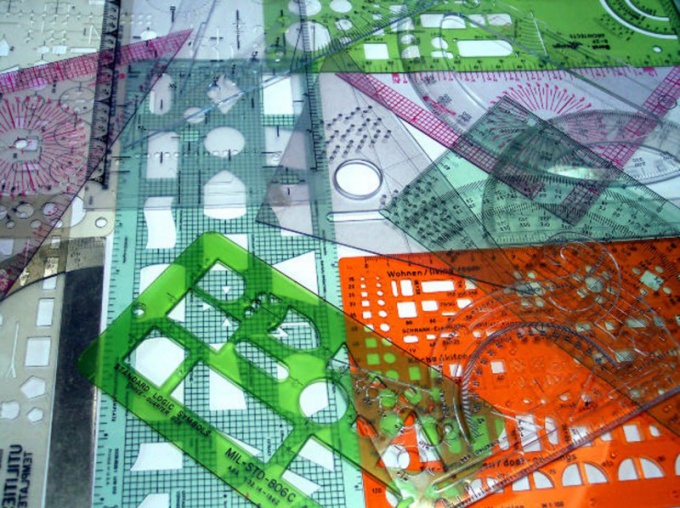 What are the patterns?

In the drawing case, two types of curves – constant and variable curvature. The first is a template that may be as a complex curve, or more. The pattern of the second type looks like a ruler, to which is attached a special device which you can use to change the curvature. Patterns of both types are used, for example, in the garment industry. A vivid example of the pattern of constant curvature – the most common pattern.

In addition, there are view patterns, which are applied to control circuits of various components, if these contours have a complex curvature. This pattern is called measurement. The controller determines the amount of clearance between the work piece and a measuring template. In some cases, a special probe.

So-called sloping curve used in construction for laying of roads. With it, control the transverse profiles of the ditches and outfall ditches. This pattern looks like a triangle, consisting of the slats. Straps are at a certain angle to each other. This pattern requires that the cell and the drainage system met the standards.

Why do we need pattern?

In an era when many kinds of design done on a computer using software, sometimes it seems that the patterns become outmoded. But this is not so. They are constantly used in manufacturing to cut or carve intricate details, which there are sections of spirals, hyperbole and parabolas. The mold itself can be built with the help of a computer program and then cut from plastic or metal. In modern factories the patterns are made using precise methods, e.g., laser cut.

How to make patterns

To make curves using a variety of materials. For example, in the modeling of the clothes this can be paper or cardboard, in school lessons of drawing used plastic patterns, and to control the curvature of parts of machines used most often metal or durable plastic.

To build a simple mold you can and do. Take a sheet of paper, draw on it a circle. At some distance, draw a circle of a different diameter. Connect both pieces of the two tangent. Cut what you get. In this case, the full circle was even excessive to build simple patterns enough to know the location of several most important points.

How to draw with templates?

To draw a curve on a curve, select the desired area. Define three points. Find out on the curve appropriate curve and draw it as you do, when you use the ordinary drawing with a ruler.
Is the advice useful?
Подписывайтесь на наш канал