How to determine the numbers of octants

In the orthogonal coordinate system, each pair of coordinate axes defines a plane that divides the space into two equal halves. In three-dimensional space such mutually perpendicular planes is three, and all the coordinate space divided them into eight equal regions. These areas are called "octants" - the designation of the group of eight in Latin. 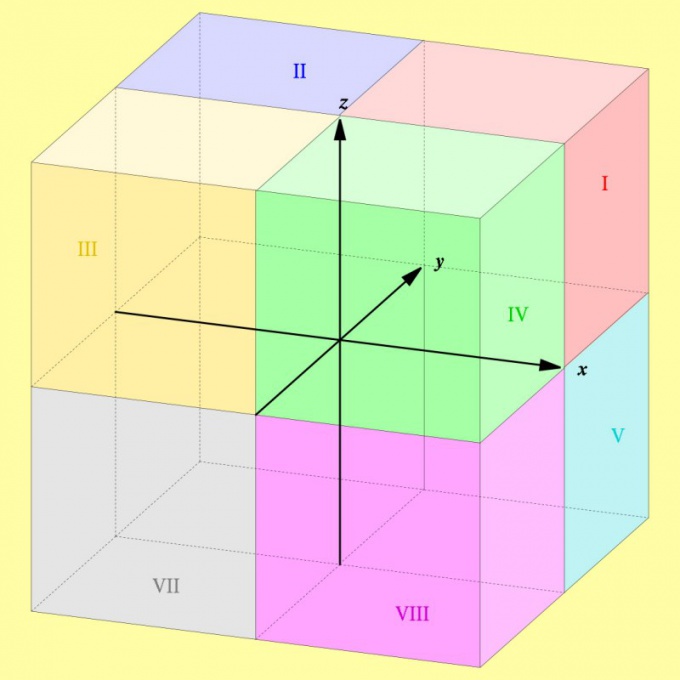