Long hold on the bruises after cupping massage

Massage cupping can recommend experts in professional beauty salons. It is considered to be the most effective way to combat cellulite, but the procedure has unpleasant consequences – after the cans remain bright round bruises. 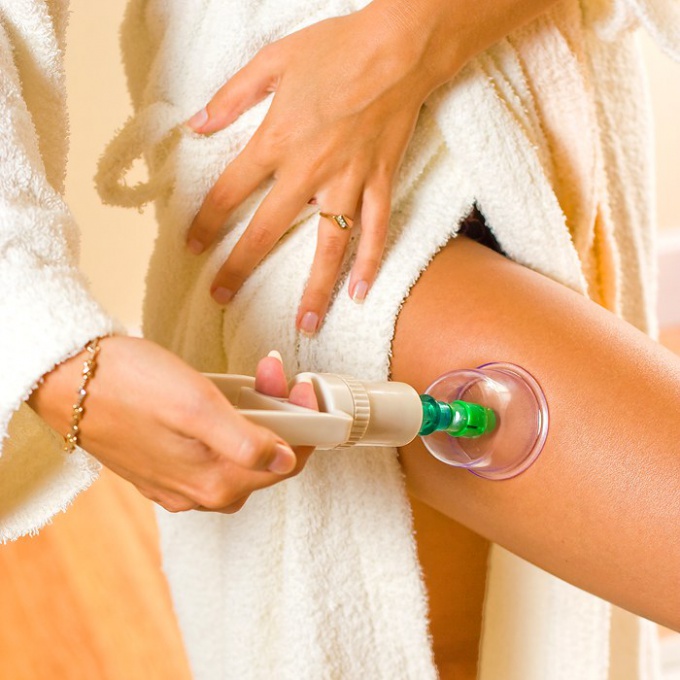 A quick and effective way of getting rid of cellulite – local mechanical effects that can be achieved with glass jars. In the past, such banks were put on the back and sides for colds, coughs, bronchitis. Their therapeutic effect is based on the appearance in the Bank of negative pressure, which happens when air is heated by the combustion of oxygen.

Cupping is done with radiculitis and osteochondrosis. Now perform cosmetic and massage – in the fight against cellulite.

What you need to know about cupping massage

Before carrying out the cosmetic massage body cleanse with a mixture of sea salt and honey or cosmetic scrub, then apply anti-cellulite remedy. Medical glass or latex to the Bank "sucks" to the skin and begin to massage a small area in a circular motion. Slow movements alternate with more energetic. Massages performed in a day, usually the course takes two to four weeks.

Bruising that remain when cupping massage – an inevitable side effect of the procedure. If she is a specialist in the beauty salon, the bruises remain, but quite small, they dissolve quickly. In other cases, the skin reaction will be more pronounced.

How long is the resorption of bruises

Sometimes formed after glaring in the skin cans bruises look pretty intimidating, but they are absolutely not dangerous and in some ways even useful. Banks break the capillaries, which has had its day, and thus forced to be born new.

Duration of finding of bruises on the skin exactly impossible to predict. It depends on a proper set of cans, and the condition and characteristics of the skin, and fragility of blood vessels. Peripheral circulation of the skin individually, and therefore in relation to absorption of blue circles on the spot massage, you can only make assumptions. Usually bruises keep the skin from five to seven days.

The more intense the massage is, the better the effect of it, but the bruising will be stronger. If the skin is thin and blood vessels close to the surface, they will go longer. Field removing the cans you can see the bruising – if they don't seem to be relief-convex, and are simply spots on the skin, they dissolve faster.

If there are no contraindications before the session to stock up on ointments with venotonic or anti-edematous action. Within hours after the procedure application of the cream from bruises will help to reduce their number and speed up the resorption.
Is the advice useful?
Подписывайтесь на наш канал