How to tune a Russian car

Worldwide tuning can be divided into external and internal, deep and easy. This division is true for Russian cars. Domestic cars are simple and the presence of many structural defects, which gives great scope of activities for fans to improve something. 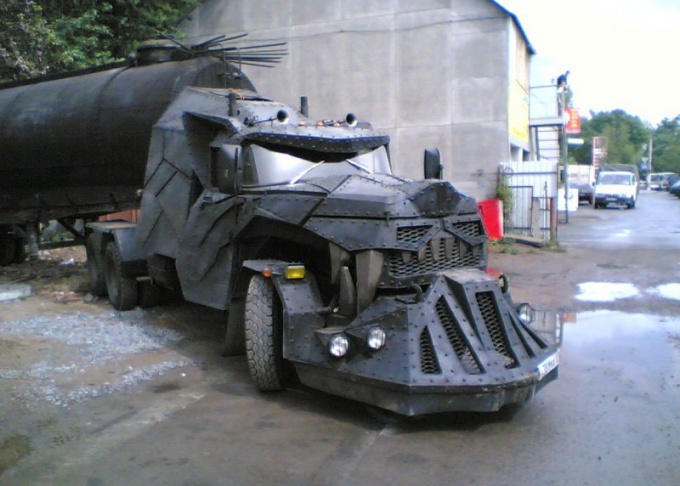 Related articles:
Instruction
1
External tuning is to improve the appearance of the car. If it is an old car, its exterior is in the original view, close to the appearance of a new car. Often install additional moldings, body bumpers, spoilers and wings, additional roof rack, bumpers, headlights and spotlights. Drives change in cast or forged. Often the car repainted in metallic. Separately worth saying about the airbrushing on the body is applied to the original drawing, painting or picture that gives the car a striking and unique look.
2
More complicated external tuning is to change the body. Universals are transformed into pickups, sedans to convertibles, vans to caravans. The problem with this model is the impossibility of subsequent registration in the traffic police. Therefore, the fate of most of the tuned cars – ride without numbers on the risk of the owners.
3
Internal tuning is aimed at improving the technical characteristics of the machine and increase comfort. Interior improve, changing him to a more expensive upholstery – velour, suede or leather, optionally insulated, equipped with cigarette lighter, ashtrays and other useful things. Sometimes changing the instrument panel and the dashboard. For example, for "Volga" perfect front panel, console and dashboard from Mercedes with 140-m a body. In order to replace manual window regulators installed electric, mirrors are equipped with electric, heating and repeaters. The roof cuts into the sunroof, which can be transparent or tinted.
4
In the cabin are installed various electronic devices: on-Board and trip computer, TVs, DVD players, luxury premium audio system, navigation system. The choice of such devices is very high, and installation too is easy. Finalized the system of ventilation and heating, installed air conditioning or climate control. The seat is often replaced by imported, more comfortable, heated and electrically adjustable. The steering wheel is replaced with sports, either on a richly trimmed with leather and wood, with buttons to control audio and other devices.
5
Engine tuning with the purpose of obtaining gain power. Almost all domestic engines have low power density, so they can feed on low-quality gasoline and run at lower temperatures. Therefore, the power of the Soviet engines easily increases 1.5-2 times. However, then the uprated motors owners complain of the clutch and the gearbox, which, not being designed for such power, fail after a month of heavy use. Sometimes the motors, on the contrary, deportiruyut – lowered compression ratio, reduced power, but the opportunity to ride on the 76-m gasoline instead of 93.
6
As more in-depth tuning is considered an engine replacement to a more modern or from another machine. The GAZ-21 is implanted the engine ZMZ-406 with a 5-speed gearbox, in the "Zaporozhets" or LUAZ – engine from VAZ-2108, VAZ – 8-cylinder gasoline engine from the Keyway. But most often installed imported engines with automatic transmissions, more powerful and more reliable. Registration and registration in the traffic police car with the step-motor is impeded.
7
A more powerful motor requires revision of the brakes, the car could stop from high speed. Is introduced into the drum mechanisms are replaced with modern, ventilated disc. Upgrading suspension. To give the car a sporty look, ground clearance is reduced by setting a shorter and stiffer springs. If you want to increase the load capacity of the suspension, it adds stiffer springs, more springs, bigger shock absorbers. Suspension SUVs liftouts – significantly increases ground clearance by installing additional gaskets and replace shock absorbers.
8
Interest in tuning domestic cars were high in Soviet times, when the consumer bought what he will, not what he needs. Further increased interest in the tuning of Russian cars in the 90s, when it was easier to invest in the tuning of domestic cars than in the purchase of new cars. With the early 2000s, when the market appeared many affordable import car tuning, domestic car has become less relevant. Moreover, the last samples of the domestic automobile industry at the level closer to the cars. But for those wishing to have an exclusive domestic car theme tuning and interesting to this day.
Is the advice useful?
See also
Присоединяйтесь к нам
New advices