How to open extension of the body in Need for Speed

Virtual racers playing NFS Underground 2, I dream about the possibility of installing on your car kits wide body. Such a tuning is a measure of excellence and outstanding abilities of the player, but to get access to these enhancements should be a decent street racer. 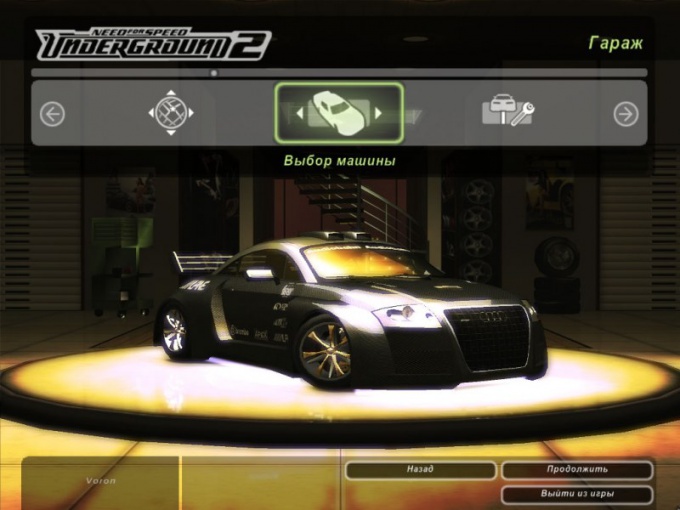 Already at the launch screen saver Need for Speed Undergroung 2 you can get acquainted with the main goal of the game. This is a beautiful and powerful car, designed in accordance with the excellent style of player, with modified body parts and unmatched speed. In the game you can completely recreate your own hands copies of the Ford Mustang, cars Nikki Morris original vinyl NFSU, or Nissan Z, which was the main car Rachel Taylor, and had the rare set of parts for tuning wide body kit.

Around this topic there is a lot of debate because unequivocal way of getting access to these upgrades, no one knows. Installed completely certain that kits wide body be available regardless of game progress, but they can open no earlier than on the fifth stage of career.

Reputation points for the car and sponsors

Details to improve the car are often bonuses for winning competitions, usually sponsored and special. In addition, for winning any of the races provides not only monetary rewards, but the points of reputation, a large number of which increases the chances of the player to discover the unique details.

It should be recalled that each sponsor offers in the final of the competition to spend a few special races and get unique prizes. There are several cases where the open extension of the body in Need for Speed managed it after winning the sponsorship race or immediately after the photo shoot.

Randomly receive and prizes for the hidden races

Players who intend to open all the possible improvements for the car, including the wide body kits, you should not hurry with the passing game only tasks the main storyline. Each of the stages of a career is accompanied by additional features that are not obvious to the gamer.

One of the "Easter eggs" Underground 2 - special riders that can meet the main character as rivals in major competitions. In this case, winning the race almost always accompanied by the opening of additional possibilities in the Studio.

The map of the game world has a lot available for the passage race, but the sponsor is not obliged to participate in all to meet the conditions of the contract. The greater the number of victories will win the player, the more likely additional prizes. In the game there are hidden race. Not find them on the map in the free ride, but to see ghosting when passing through. Although, when viewing the map and while in the garage, the player can determine the approximate location of the competition venue. It is worth noting that the probability of the additional prize for participating in the race is completely random.

Participation in the "outreach"

The most effective method of obtaining unique upgrades, including the opening sets of the extensions of the body, is part in the free races, so-called Out Run. You can, bonding with your opponent in a mode of city driving (the other drivers are indicated on the map by red triangles).

To obtain the extension of the body for autrey, the player needs to win a few games in a row, and the more unique and valuable is the opening, the more is the number. For example, the first set of wide body open for four wins, and for the logo NFSU on your car you need to defeat opponents eleven times in a row. In addition to the extension of the body, as the rewards can be obtained other upgrades, and the count of victories is reset after the failure or receipt of the prize.
Is the advice useful?
See also
Присоединяйтесь к нам
New advices