Where is the idle sensor

Many car owners, independently engaged in repair of their cars and for the first time faced with unstable work of the engine idling, in search of information on the subject are turning to the world wide web and often get from the regulars of the forums, unambiguous advice to replace the idle sensor. However, if you are the owner of exclusive cars or used Rover sample 1969, know this: no idle sensor under the hood of your car and you will not find... 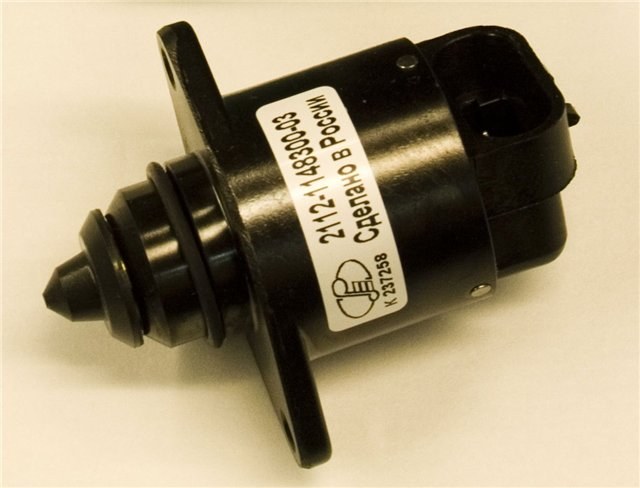 Related articles:
The fact that to find idle sensor in the car is equivalent to searching for a black cat in a dark room - in both cases, the desired object just doesn't exist! The IAC valve (so properly called the element management system) refers to a category of actuators that is not the same as the sensor. Its task includes a function of maintaining specified engine rpm by closing the so-called bypass air channel for regulating the flow of air to bypass the throttle valve.

How does the IAC ?

Costructive the IAC is a stepper motor with two windings, a controlled pulse voltage, which is generated by a special driver which is part of the control unit. Unlike conventional rotary electric motor supply voltage is not the rotation of the shaft, and its movement in the longitudinal direction in one direction or another. The stem (shaft) of the motor fixed plastic conical plug, which changes the cross section of the air bypass channel. To clearly assess the condition of the IAC without special equipment is very problematic, but if the engine is idling has become unstable, and the motion felt jerky and failures, it's a reason to think about replacing the IAC.

Where to find the IAC ?

For visual detection of IAC is sufficient to find the eye-catching air filter and trace the direction of the thick rubber pipe, air inlet to throttle knot.

The location of the regulator of the twentieth in different cars, of course, differs, but, typically, it is mounted directly on the throttle node, which is located inside the same valve.

At the same node is a sensor throttle position TPS, which looks similar to the IAC.

Not to confuse IAC with the TPS, remove the connector from one of them and estimate the number of contacts. If the three of them, then it's the TPS, if the four - IAC.

By the way, when you replace the IAC often have to remove the whole throttle unit due to the fact that the characteristics of the mounts do not allow for its removal directly on the engine. Find the right information at the sequence the only step-by-step illustrated instructions for your model car, however, if you lack the necessary skills it is better to contact customer service.
Is the advice useful?
See also
Присоединяйтесь к нам
New advices