What kind of fish is recommended pregnant

Pregnant women need to pay more attention to his diet, because all the substances, both beneficial and harmful, enter the body of the child. Fish – product, rich in vitamins and minerals, it is often recommended as a mandatory element of a healthy diet. But pregnant women should not take this fact clearly: one fish can harm the fetus and disrupt development, and the other will help fill the shortage of necessary substances in the body. 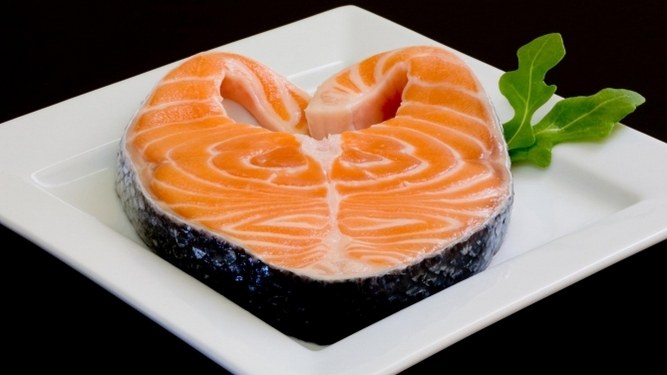 Related articles:
Instruction
1
Marine fish contains more nutrients, including the famous omega-3s than river, but the harm it can do more. The fact that many species of oceanic and marine fish contain mercury, which gets into their bodies because of the pollution of the environment. If a normally healthy person a small amount of mercury in fish may not harm, to the unborn child it can be dangerous. Therefore, doctors warn that during pregnancy it is necessary to significantly limit the consumption of fish, which accumulate more mercury. It is a demersal species and most predators. Contraindicated shark, swordfish, mackerel, sea bass, very carefully need to use labrake, sea trout, tuna, halibut.
2
Marine fish is rich in iodine, a trace element useful in disorders of the thyroid gland, leading to deficiency of iodine in the body, this is a very common problem in pregnant women. But there are opposite cases, when the thyroid produces too much iodine, in this case marine fish is contraindicated. Before you make a decision, it is advisable to take the tests and listen to the advice of a doctor.
3
During pregnancy you can not eat raw fish and foods containing it, such as sushi. To cook the fish need temperatures above 65 degrees until the meat is completely ready, will not become opaque, begin to break into separate flakes.
4
There are types of fish which are recommended for pregnant women. Salmon is not just not harmful, but very useful fish for pregnant women. First, its content of mercury is so small that can't hurt even the tiniest embryo. Second, this fish contains large amount of polyunsaturated fatty acids, vitamins B6 and B12, phosphorus, and other nutrients.
5
A lot of omega-3 in sardines, and the fish also boasts a low mercury content. Sardines in most cases used together with the bones, which contain useful for the baby micronutrients.
6
Also, doctors recommend that pregnant women have a saiga and anchovy is a species of marine fish with a small amount of mercury and a high content of fatty acids and calcium. Do not be afraid of catfish, scallops, sole, hake, oily fish – all of these types of useful for pregnant women. Cod, rays, albacore tuna can be eaten, but slowly and not more often than several times a month.
Is the advice useful?
See also
Присоединяйтесь к нам
New advices