Laryngeal cancer is caused by genetic mutations that trigger uncontrolled cell division in the mucosa of the throat. This kind of a malignant tumor may have specific symptoms and therefore diagnosis can be made already during the initial inspection of the throat doctor. 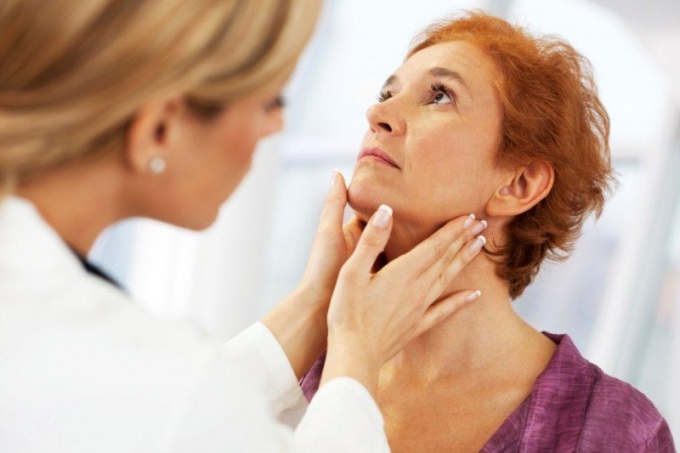 However, the ability to diagnose throat cancer depends on tumor localization. The symptoms and appearance malignancy is determined not only by the location of the diseased tissue, but also the stage of development of the pathological process. At the initial stage there is a small localized inflammation and is characterized tissue seal. Most often, the tumor is formed in the larynx or in the neck. Among the symptoms that help to differentiate cancer from other diseases of the throat, mark the change of voice, persistent pain, prolonged dry cough. May experience discomfort when swallowing saliva, food and any liquid. Sometimes the pain may appear in the ear canal. Some patients have observed abnormal breathing and unexplained weight loss.

The progression of the disease

With the development of cancer in the patient worsening the primary symptoms. For example, it is becoming increasingly obvious hoarseness, and damage to his vocal cords caused by a tumor can permanently change the voice. The pain that previously occurred when swallowed, becomes constant and unbearable. The tumor itself begins to grow and increase in size. Area of redness of the tissue also increases and may cover substantially the entire surface of the throat and mouth. In patients there has been a noticeable swelling in the chin area. Patients is a marked increase in ulcers on the oral mucosa. During the transition to a more serious stage begins a marked increase in cervical lymph nodes. Inflammation of the neck and the presence of explicit seals are becoming more pronounced. The longer the disease progresses, the more noticeable will be its symptoms.

The growth of cancer cells alters the function of all organs. Impaired activity of the thyroid gland, and secreted tumor substances have a negative impact on other vital tissue which leads to deterioration, decline of immunity with the appearance of opportunistic bacterial and viral infections. Seriously increases or decreases blood pressure, deteriorating appetite. In the last stages the patient experiences chronic fatigue, sleepiness and pain. The lack of treatment of the malignancy may lead to death.

In some cases inflammation of the neck is observed in the early stages of throat cancer. For example, if a malignant tumor is gland, inflammation can even see the patient. Upon detection of any combination of the above symptoms you should consult your doctor to diagnose the problem and to start appropriate treatment.
Is the advice useful?
See also
Присоединяйтесь к нам
New advices