What tests to take to determine diabetes

Diabetes is a disease of the endocrine system, which is characterized by increased blood glucose and impaired metabolism. Develops when insulin deficiency due to the impact of endogenous and exogenous factors on the pancreas. It is necessary to diagnose diabetes in the early stages. There are special laboratory tests to determine the presence of human diabetes. 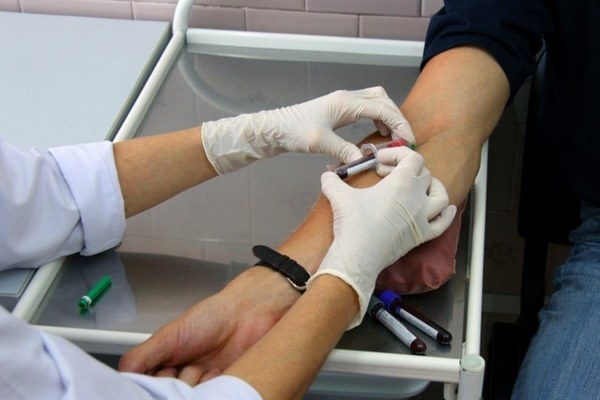 Related articles:
You will need
Instruction
1
The analysis for determination of glucose in blood is the first study to establish a propensity to develop diabetes. Sugar determine quantitatively in venous blood in biochemical or in capillary blood from the finger. You need the day before delivery of the analysis to exclude from the diet of fatty and fried foods, alcohol. On the day of blood donation it is better to refrain from taking the juice, coffee, tea. You should not smoke for an hour before the study. The blood must pass in the morning on an empty stomach. It is desirable to eliminate physical exertion and emotional excitement on the day of blood donation. Directly before analysis is a bit to sit and relax. The rate of glucose in the blood depends on the method of its determination and be confirmed in the laboratory in which the study was conducted.
2
In the case of the high content of glucose in the blood erh, need to pass urine sugar determination. It must be done no later than the day after receipt of test results of blood. To investigate enough 100-150 ml of urine. A jar of urine should be stored in the refrigerator to prevent unreliable test results. The normal sugar in urine is absent.
3
Conducting the glucose tolerance test helps to differentiate the presence of violations of resistance to increase the level of glucose in the body. The essence of this test is that initially the blood sugar determination seems morning on an empty stomach, then the person is given a glucose load in a certain amount and then after a couple of hours doing repeated blood sampling for determination of glucose. If morning fasting sugar level was within normal limits, and after the load indicator is glucose exceeded 7.8 mmol/l, means of diabetes the patient has no. If the initial glucose content in the blood was 5.5-6.7 mmol/l, and after exercise it increased to 7.8–11.1 mmol/l, then the signs of a person of violations of glucose tolerance is evident. If the morning fasting measure of blood sugar was above 7.0 mmol/l and after exertion has become more of 11.2 mmol/l, this confirms the presence in a patient of diabetes.
4
There is a blood test for glikozilirovanie (glycated) hemoglobin that determines the presence or absence in a patient of diabetes. Glycated hemoglobin - a measure of blood that determines the average glucose over the past three months (lifetime of red blood cells). The normal amount of glycated hemoglobin in the blood is less than 5.7 percent. This figure demonstrates the lack of human diabetes. An increased value indicates the presence in the patient of this disease. The blood on the samples taken from the finger. In special preparation for blood donation for research is not necessary.
5
All the tests are prescribed by the attending physician and are carried out in specialized laboratories to clinics or hospitals.
Is the advice useful?
See also
Подписывайтесь на наш канал