What to do if elevated sugar during pregnancy

A slight increase in blood sugar levels during pregnancy can occur in any woman, even the most healthy. However, lightly to this impossible. It is likely that behind it is not such a harmless disease as gestational diabetes. 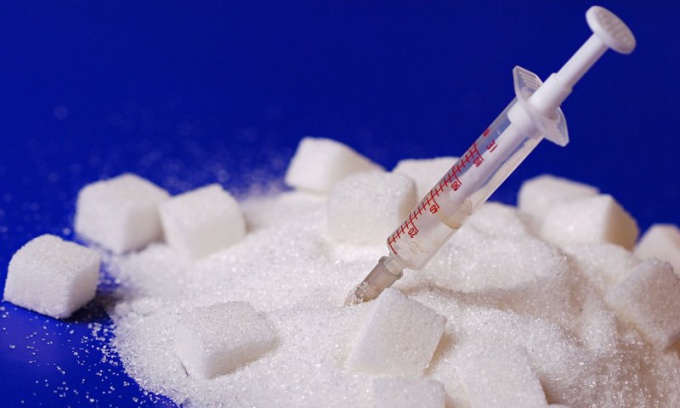 The risk of disease gestational diabetes

High blood sugar is caused by metabolic disorders, often occurring in pregnant women. According to statistics, from 3 to 5% of women gestational sick with diabetes. Often it is not revealed absolutely no symptoms and therefore remains undetected, and eventually leads to serious complications associated with the condition as a young mom and her baby. In the worst case, neglected gestational diabetes can even provoke the loss of the unborn baby.

Elevated blood sugar during pregnancy can cause high blood pressure, and associated pre-eclampsia and eclampsia.

The perpetrators of the increase in blood sugar is considered to be secreted during pregnancy, the hormones progesterone and produced by the placenta lactogen. They block the production of the pancreas enough insulin, the sugar has nowhere to go it stays in the mother's bloodstream, through the placenta and enters the baby. Most of these children grow very quickly, while remaining immature, drinking more than usual, which leads to an increase in the amount of amniotic fluid. At some point, the fetal bladder may simply not withstand the ever growing pressure from the inside and burst. The result will be a premature birth. Moreover, the pancreas of the baby during pregnancy is used to working for two. After birth, the need for an increased production of insulin disappears, and the child can easily slip into a hypoglycemic coma.

To avoid such unpleasant consequences, it is only necessary to check blood sugar during pregnancy. A small increase is possible to adjust a change in diet. Sometimes it is enough just to go on a healthy diet, to change sweet buns on whole wheat bread, adding a light exercise in the form of swimming and walking in the fresh air, and the sugar begins to meet the prescribed medical standards.

Overweight may cause high blood sugar during pregnancy.

But even if the doctor insists on treatment of diabetes with insulin, do not despair. This will benefit not only the mother but also the child who will get a chance to develop normally, not struggling with the abundance of sugar collapsing on him. In addition, almost always gestational diabetes with the end of pregnancy takes place in literally without a trace. Only a small percentage of women at risk over the next 10-15 years to make diabetes of the second type. But this risk is quite possible to minimize paying attention to a healthy lifestyle.
Is the advice useful?
See also
Подписывайтесь на наш канал