How to check the capacitor, not Vipava

The use of multilayer printed circuit boards, reduction of the tracks, contact pads leads to the fact that it becomes harder to use the items for replacement. There are several ways to verify that the capacitors directly on the Board. 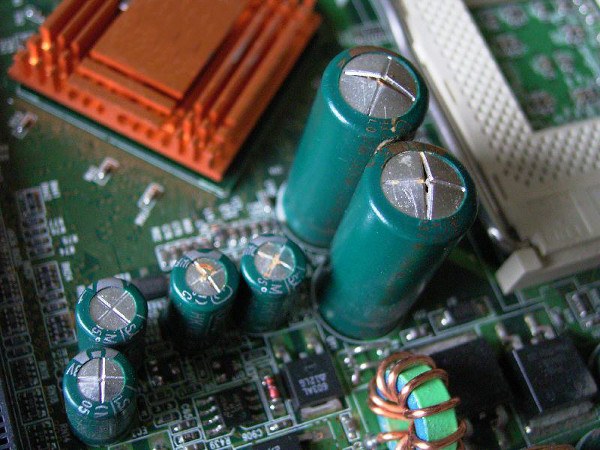 The complexity of the test capacitor

Therefore, you must ensure that the circuits of the measured capacitor is no influence of such elements. If circuits with capacitor included a transistor or diode, then when measuring it is possible to see the deflection to a certain position and drop to a certain value equal to the resistance of the transitions of the semiconductor. And if there is no short circuit, the capacitor may be defective.

When you touch the probes of the multimeter to the capacitor is supplied a constant current from the tester. The capacitor will charge, and the resistance gradually increase.

On the electronic tester value will grow from negative or positive values to one indicating a resistance that exceeds the measuring range selected by the shift knob. After permutation of the probes of the tester places the capacitor must be recharged, the device needs to act as well.

On the deflection dial of the multimeter by connecting a capacitor and return it to its original position can be seen in a scale the maximum deviation.

If you swap the probes, the meter pointer must deflect to maximum and gradually fall to their original position. After the need to take similar and known-good capacitor and if the pointer of the tester on the control element is deflected more, check the condenser outside.

If the measurement and compliance of the pros and cons on the tester and terminals of the capacitors the instrument will show the resistance, then the condenser is faulty.

There are devices which you can check the capacitors directly on the Board. Such devices operate on low voltages to reduce the risk of disabling other elements.

It is possible to manufacture the attachment to the tester on the schemes published in magazines and on the Internet. But not always it is possible to measure accurately due to the effect of other circuit elements. For example, several parallel capacitors at the end will show the total capacity.
Is the advice useful?
See also
Присоединяйтесь к нам
New advices