Under what name to baptize Pauline

In the calendar there are two names, which is proposed to baptize Pauline is Apollinaris and Pelagia. Completely different in meaning ("sun" and "sea"), the names have a powerful energy. That's why girls with a meek name Polina in extreme situations, demonstrate an enviable resilience. 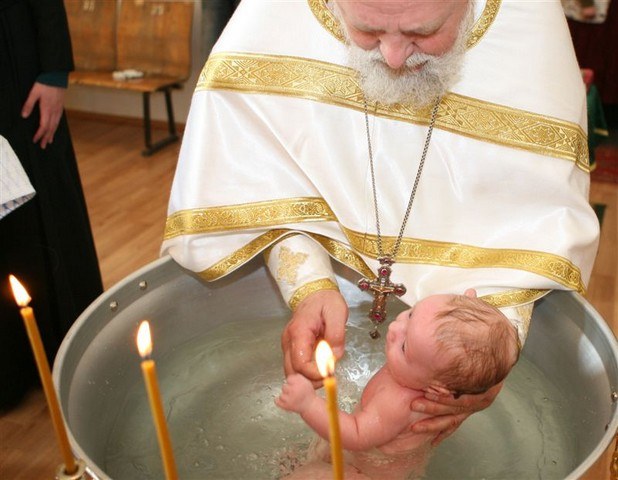 Related articles:
The name Polina at different times attracted the girls ' parents as their harmony, brings peace and tranquility. Being quite old, it never disappeared from use.

The history of its origin is quite controversial. Some experts believe that Pauline is a full independent name, since the Greek prefix "poly" means "many". Consequently, Polina – "meaningful". Others refer the name to derived from the French Paulina (Pavlina), meaning "little", and others agree that Polina is a short form of Apollonia, or Apollinaria. In the Russian version is more common in spoken Pollinaria, which in Greek means "liberated."

Although over the centuries the Church calendar list of names has expanded considerably, nor Pauline, nor Pauline, nor Apollonia, nor Molinarii it. The fact that Polina in Russia called Apollinarius or pelage. These names are in the calendar. If the girl is still too young to make their own choice at the baptism, then the choice is up to the parents. Both names have Greek origin and we have a huge internal energy.

Since the name comes from the Golden-haired God of the Sun Apollo, and Latin Apollinaris denotes affiliation – Apollo, Apollinarius could be interpreted as "belonging to Apollo", "Sunny". Apollinarius, as a rule, does not possess gentle disposition, which often predict a girl named Pauline. As a child she was cheerful and helpful, loves to participate in the Affairs of adults waiting for them praise and recognition of his merits. In adulthood, a woman with high intelligence, hardworking and devoted to his work and family. Type of temperament – choleric. Touchy, but not vindictive. Not tolerate the pressure.

If the Pauline rite of baptism shall Apollinaria, she will patronize:
the Holy Martyr Apollinaris, memorial day which falls on 4 April;
- Holy Martyr Apollinarius (tupitsina), sentenced to death on 13 October 1937 for belonging to a Church group;
Reverend Apollinaire, who was the daughter of Anfemiya, ruler of the Greek Empire. It has long lurked under the man's monastic garb and called Dorotheus. The feast day of Saint is celebrated on the eve of Epiphany, January 18.

His appearance is obliged to the Greek name of Pelagios, in the female version sounds like, Pelagia – 'marine'. It is identical to the Marina, which are of Latin origin. Perhaps Pauline and Pelagia seems to some not perfectly in tune with name, but Pauline Christianity often baptized with the name Pelagia. Besides, the calendar is rife with names of saints martyrs and martyrs with this name:
- April 5, revered Holy Martyr Pelagia;
- May 17 — Pelagia of Tarsus;
- June 26 — Martyr Pelagia (Liquid);
30 - Jun — Pelagia (Balakirev);
- October 21 — Holy Martyr Pelagia of Antioch who was a disciple of the Martyr Lucian of Antioch, and Pelagia of Antioch Palestinian;
3 November — Martyr Pelagia (test);
- February 12 — Pelagia Diveevo.

Despite the fact that gentle name Polina to others "heard" poise, bearing his women have often cholerischen character and are not able to keep long internal stress. The girl, named by the name of Pelagia, at first glance, the stolid, but with age, its tolerance, too, comes to an end."Sun" or "sea" Pauline decent, modest, but impulsive.
Is the advice useful?
See also
Подписывайтесь на наш канал