How does a yeast infection in men

Contrary to popular belief, an unpleasant disease known as thrushis a concern not only women but also men. And quite often. At the first sign of candidiasis should consult a doctor and undergo treatment. 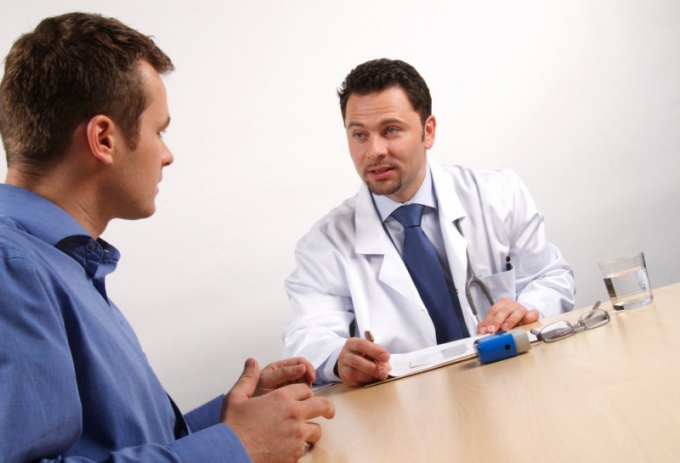 What is a yeast infection

Thrush is a disease that causes a yeast-like fungus Candida. It is for all people in the body. Its habitat – the mouth, intestines, genitals. Canlida may not show up until the immune system will not be a breach. In addition, thrush often occurs on a background of reception of antibiotics.

Signs of yeast infection in men

Thrush in men can be identified by characteristic features. The head of the penis swells, becomes edematous, there is redness of her. Urination is often accompanied by burning and itching, sometimes a pain.

In addition, yeast infection has a negative effect on sensation during intercourse. A man can experience discomfort, discomfort, and pain. Classes unprotected sex during a yeast infection in men is fraught with the infected partner, and Vice versa. Treatment should be both sexual partners, regardless of an infected woman or not. This is a mandatory condition of recovery.

For thrush on the penis are almost always observed the formation of white Deposit, sometimes gray-white. If it is clear, you can see little sores. After some time, plaque appears again. Discharge from the urethra has an unpleasant odor.

By the way, a man gets a yeast infection often women suffering from this disease. And if he is the holder of a weak immune system, suffering from diabetes or prone to obesity, then he becomes a carrier of this disease. Untreated, the disease will from time to time to arise and bother the man again and again.

The consequences of a yeast infection for men

At the first sign of thrush should contact a doctor for advice to prevent the disease passing into the chronic form, and did not provoke Candida and urethritis Candida dermatitis. Chronic thrush often leads to cracking of the foreskin, which contributes to the dryness that accompanies the disease. All this together has a negative effect not only on the quality of sexual life, but men's self-esteem in General.
Is the advice useful?
See also
Подписывайтесь на наш канал