What appears thrush in women

Thrush is one of the most common diseases among women, but her "popularity" doesn't make it any less unpleasant. This disease is characterized by the fact that may manifest in different, even very minor reasons: if you are low immunity, digestive disorders, stress, exacerbation of chronic diseases. 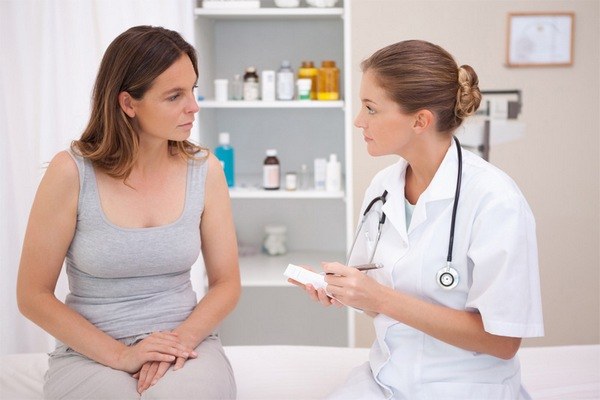 Thrush occurs due to the propagation region of the female genitals opportunistic fungi called Candida, therefore, in medicine this disease is called candidiasis. This yeast-like fungus in small amounts is always present among other micro-organisms in a woman's body, as it participates in metabolic processes: it lives not only in the vagina but in the gut, on the skin, in the mouth. But if you change any of the terms, he begins to actively proliferate, become aggressive, irritating mucous membranes, causing itching and other unpleasant manifestations of the disease.

Also thrush can cause some other strains of this fungus that have a pathogenic effect on humans.

It is not known exactly, leading to a surge in reproduction of fungi Candida in a woman's body. There are several factors that often accompany thrush, but it is unclear why some people when one of them is a high likelihood of developing candidiasis, and the disease does not appear.

Doctors explain it by the power of the immune system and peculiarities in hormonal levels.

Very often the cause of yeast infection is hormonal changes. Elevated or lowered levels of certain hormones produced in a woman's body that can change the acid-alkaline environment in the vagina and in some cases cause the perfect conditions for reproduction of the fungus Candida. This is why thrush occurs most often during pregnancy, before menstruation, or when hormonal tablets.

Antibiotics too can cause candidiasis since these drugs save people not only from pathogenic bacteria but the good organisms, including lactobacilli living in the vagina and create the right environment. When they become smaller, the fungi begin to multiply, which causes the onset of disease.

The causes of yeast infection referred to as wearing tight synthetic clothes, use of panty liners, excessive consumption of sugar and improper diet.

In fact, these factors can not be called the exact reasons for the appearance of thrush, as they are not always and not all cause disease. But often it is these phenomena lead to the development of candidiasis.
Is the advice useful?
See also
Подписывайтесь на наш канал