How to find out what Zodiac sign your Sun

From the point of view of the human being on Earth, during the year, the Sun passes the planet in a circle, spending a month in the field each zodiacal constellation. Accordingly, the sign in which the Sun was during your birth, and call sign of the zodiac. 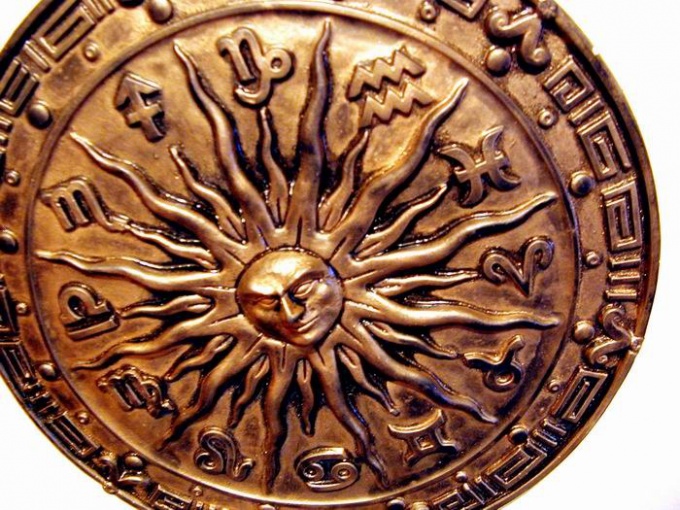 The importance of Sun in astrology

The sun is the most powerful astrological planet (of course, it is a star, but in astrological tradition it is denoted as a planet). It gives people energy, heat, life, food, and ensures the very existence of the Earth. The Sun has the strongest influence on the horoscope, defining your character and how you see others. The position of the Sun relative to other planets in your horoscope affects the formation of personality.

Zodiac sign describes the whole person, tells about its most salient features. Some people say about themselves that the description of the zodiac sign is not too well with their nature, it may be caused by the position of the moon and other planets in the horoscope.

The moon is the second largest planet (usually Earth satellite in astrology is also considered a planet). She defies all signs of the zodiac, and other heavenly bodies, are considered when drawing up a horoscope. Accordingly, traits are determined by the position of the planets relative to each other and signs of the zodiac.

If, for example, in humans, the Sun is in Pisces, but all the other planets are grouped in Aquarius or Capricorn, the nature of this person can be quite different from the typical Fish. Sometimes because of personal characteristics the influence of the moon in a horoscope can be very strong, especially if it is in opposition to the Sun (shifted by 180 degrees relative to it). Such horoscopes can be seen in the creative, complex people full of contradictions. It is the opposition of the moon to the Sun explains why some Scales behave like Rams and Goats, like Cancers.

Astrology is an exact science

Only a thorough study of the astrological birth chart as a whole allows the astrologer to create a "complete picture of the personality". A good expert goes from the General to the particular, studying first the position of the Sun in the horoscope then the situation of other planets, and then their relationship to each other.

Astrological information may be useful not only for tying fun (although it is one of the easiest ways), but if a relationship. Knowing the signs of the zodiac of the loved ones, you can at least roughly understand the motivation of those or other things that they do. General information on the signs of the zodiac allows you to make an picture of the world, to simplify and to generalise. Of course, everyone is different, but there are unifying features. The sun in a particular sign is one of them.
Is the advice useful?
See also
Присоединяйтесь к нам
New advices