How to check whether ovulation

If you have a long time not to get pregnant, it is first necessary to verify the presence of ovulation. After all, without it will not have eggs capable of fertilization. To detect ovulation you can use a variety of methods, such as tests of ovulation, the basal temperature measurement, assessment of the level of the hormone progesterone, folliculometry. 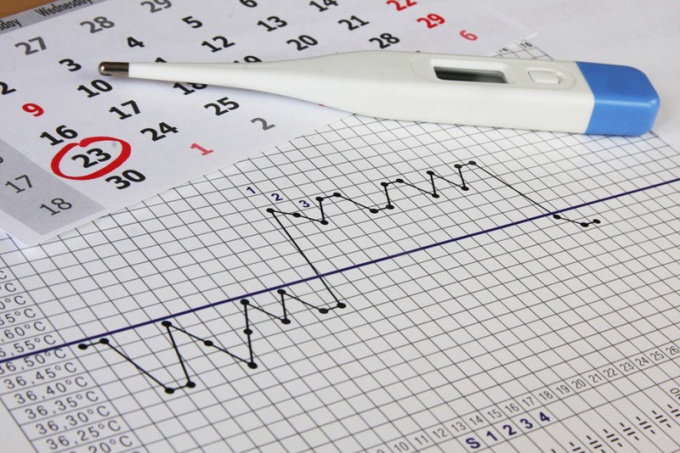 Related articles:
You will need
Instruction
1
Buy special tests to determine ovulation. They respond to luteinizing hormone (LH). It is present in a woman's body in a small amount, but for 24-36 hours before ovulation is the release of the hormone exceed the normal volume is 8-10 times. It was at this point on the test will appear 2 clear bright line. The rest of the time the test line is either absent or to be much lighter control.
2
Start doing ovulation test for 5-7 days prior to expected ovulation. To calculate the day to begin, take the duration of the cycle and subtract 17. Tests are done every day strictly at the same time. Not to miss the peak of LH, it is best to wet tests twice a day with an interval of 8-12 hours. Record and compare the results.
3
Use the method of measurement of basal temperature (BT). It can be used to determine not only ovulation, but also various hormonal disorders. The release of luteinizing hormone leads to a decrease in BT of 0.2-0.3 degrees. After ovulation the woman's body begins to produce large quantities of the hormone progesterone. It leads to increase in temperature by 0.4-0.6 degrees. These jumps in BT are an indication that you are ovulating. For reliability of the obtained results it is necessary to strictly follow the rules of measurement.
4
Measure basal temperature every day, after sleep but before getting out of bed at the same time and in the same place (orally, vaginally or rectally). It is important that the woman slept at least 6 hours, was calm and had not taken alcohol or drugs that affect temperature (sleeping pills, sedatives, or hormones). On BT can significantly impact travel, flights, acclimatization, illness, stress, etc. In this case, the results cannot be considered reliable.
5
Select a thermometer that will measure the basal temperature. It can be digital or mercury. Be sure to cycle you used one and the same instrument.
6
Record the obtained value of BT in the tablet or draw it on a graph where X-axis is the scale of days of the cycle, and the Y – axis is temperature. Appreciate ovulation only after temperature measurement during at least three cycles in a row.
7
Sign up for folliculometry. This ultrasonic monitoring tracks the maturation of follicles throughout the cycle. It is designed to evaluate the growth of the endometrium and presence of ovulation. Ultrasound is performed every 2-3 days from days 6-10 of the cycle, and until confirmed ovulation or the beginning of the next menstruation.
8
Hand over the analysis of progesterone for a week before the expected menstruation. If the result fit the norms of the lab, most likely ovulation was.
Is the advice useful?
See also
Подписывайтесь на наш канал