How to find out whether there has been conception

Women planning pregnancy, want to know whether there has been conception. There are several ways to determine whether fertilization happens in this menstrual cycle. 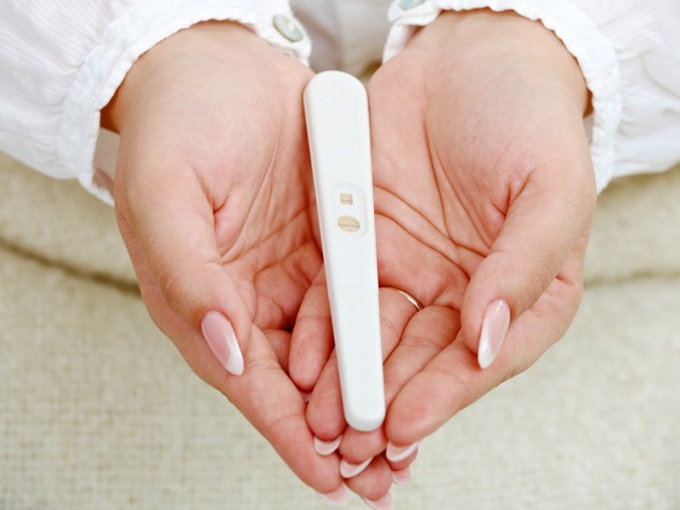 Related articles:
Instruction
1
Hand over the analysis on hgch. Human chorionic gonadotropin – hormone secreted in the female body to maintain the pregnancy. Before conception its level in the blood of healthy women should not exceed 5 IU/ml. HCG begins to grow rapidly, and its concentration increases in 2 times every 2-3 days during the first trimester of pregnancy. The results of the blood test can determine whether there has been conception through 7 days after ovulation, i.e., about a week before the alleged delay of the next menstruation. In the first 2 weeks after fertilization the HCG level is 25 to 156 IU/ml.
2
Buy in a drugstore pregnancy test and do your research at home. After conception levels of HCG increases not only in blood but also in urine. The maximum concentration of hormone observed in the morning, so the test is best done after a night's sleep. Read the instructions carefully and conduct research in accordance with it. Some pregnancy tests show accurate results starting from the 4th day before the beginning of the delay. If your period comes 2-3 days, the probability to obtain the correct result of the study is about 98%.
3
1-2 weeks after the delay to determine whether you are pregnant, can a gynecologist during the inspection. About 2 weeks after fertilization the embryo attaches to the uterus it begins to grow and an experienced doctor will be able to confirm pregnancy as early as 3-4 weeks after the onset of pregnancy.
4
The most informative results will show an ultrasound. This study will show the presence of the embryo in the uterine cavity for a period of 2-3 weeks after conception. Due to the ultrasound can rule out ectopic pregnancy, to determine how many children are waiting for a future mother, and by 5-6 weeks you can hear the baby's heartbeat. Some gynecologists do not recommend to carry out this study in the early stages of pregnancy, unless there are special indications, in order not to increase the risk of miscarriage. The first planned ultrasonic examination of the woman should do 10-12 week, i.e. after 8-10 weeks after conception.
5
There are subjective signs of pregnancy: weakness, drowsiness, chest discomfort, mild dragging pain in the abdomen. However, most of these symptoms can occur in women before menstruation, therefore, on such grounds it is difficult to accurately determine whether there has been conception.
Is the advice useful?
See also
Присоединяйтесь к нам
New advices