Many women want to know about the conception of a child as early as possible. It is believed that the core of the first signs of pregnancy is delayed menstruation. Thus it is argued that fertilization and implantation of the ovum has occurred, can only be a doctor. However, there are first signs of pregnancy before the delay, which can tell a future mom that is ready to changes in the body. 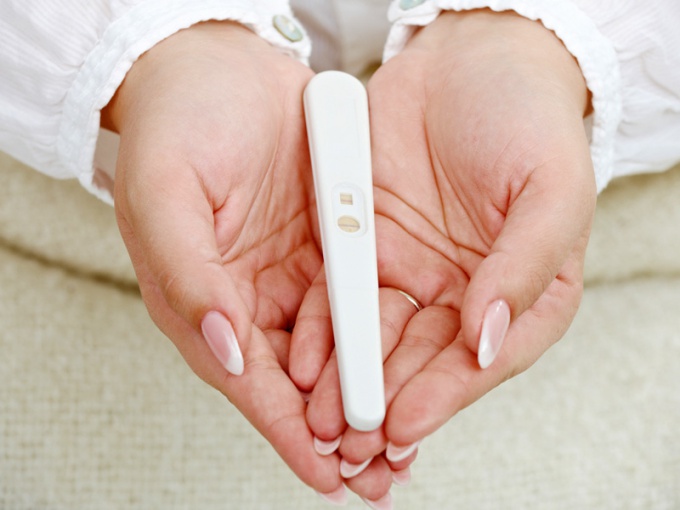 All first signs of pregnancy can be divided into questionable, probable and credible.

Reliable and probable signs of pregnancy to delay

To determine pregnancy reliably on a relatively late timing after the delay. Among them is called fetal movements, the possibility of palpation, the presence of a heartbeat.

The first of the probable signs of pregnancy can be called lividity and swelling of the uterus during the examination the obstetrician-gynecologist and the discovery of the ovum in the uterus during the ultrasound examination. However, to learn about the interesting position so unlikely to delay the next menstrual period, as the ovum is still too little, and the changes in a woman's body, not so great to see them with the naked eye.

The most accurate method to determine pregnancy in the first weeks, having blood test for HCG. It is on its content in the urine react all of the rapid tests. As the blood level of the hormone is much higher in a few days after fertilization and implantation you can find out whether there has come the pregnancy.

As a rule, delayed menstruation is a likely symptom of an interesting situation, to confirm your doubts by doing a pregnancy test. Most of them are able to show accurate result in the first day of absence next month.

Many wonder whether the show two test strips before the delay. If you consider that the average length of the menstrual cycle in women is 28 days, ovulation occurs two weeks before menstruation, implantation on the seventh day from fertilization, and the level of HCG hormone increases every day 2 times, starting from the day of introduction of a fertilized egg in the uterus, it is possible to calculate that two days before menstruation the level of pregnancy hormone in the blood to make 16Mme/ml. Sensitive tests, thus, can show a pale second striped. However, the hormone levels in urine still lower than in the blood, ovulation and implantation can be late, therefore test result, even when the onset of pregnancy may be negative.

Signs of pregnancy on your chart basal body temperature

Pregnancy may occur in case, if unprotected intercourse has occurred no earlier than 48 hours before the release of the egg in the uterus (ovulation) and no later than 24 hours after it. If you measure the basal body temperature (temperature at rest orally or rectally), the flow chart can track the day of the release of an egg. It is located between the curves of low and high temperature. Usually ovulation occurs 14 days before the next menstruation.

After fertilization of the egg in 4-10 day should occur implantation - the attachment of the ovum to the uterine wall. On this day, on the chart we can see a sharp jump in temperature followed by a rise.

The so-called retraction of the implantation can be one of the very first signs of pregnancy even before the delay of menstruation. In the following days and during the first trimester of pregnancy due to the action of hormones the body temperature at rest has a slightly higher values.

However, basal temperature charts can't give a precise answer to the question about the existence of pregnancy, because similar behavior of the plotted line can talk about various hormonal disorders in a woman's body.

First signs of pregnancy before the delay cannot indicate that a woman is in an interesting position, but when available women should be careful because of the possibility of development in her womb a small body.

First after fertilization begins to work the hormone progesterone. Its operation can significantly affect the appetite. You may want to eat anything out of the ordinary, unusual, to combine non-standard products.

Already in the first weeks of pregnancy may cause nausea, vomiting and dizziness.

Just after the implantation of the ovum, many pregnant women begin to feel fatigued, suffer from insomnia at night and feel sleepy during the day.

Any harsh smells can evoke disgust as some meals and drinks.

Not all of these women are first signs of pregnancy to delay menstruation. They can start to annoy expectant mother late or not show up at all.

Is it possible to feel conception and implantation

Perhaps you can find a lot of women claim that they felt the conception of a child. They describe weak aching or dragging pain in the uterus area. Such feelings are hardly associated with the fertilization of the egg, but I can speak about occurrence of ovulation, during which pregnancy occurs.

But the implantation of the ovum to feel really possible. When the fertilized egg embeds itself in the uterine wall, its upper layer is destroyed. As a result, in a state of rest it is possible to feel a slight tingling and pulling in the abdomen. On the day of implantation or shortly thereafter may release the drops of blood from the vagina, that is, the emergence of the so-called implantation bleeding. These feelings can also be attributed to the first signs of pregnancy to delay.