How many days after conception can you learn about pregnancy

To diagnose pregnancy even before the delay of menstruation is possible through the analysis of blood on hgch. It can show a positive result a few days after the implantation of the embryo in the uterine wall. 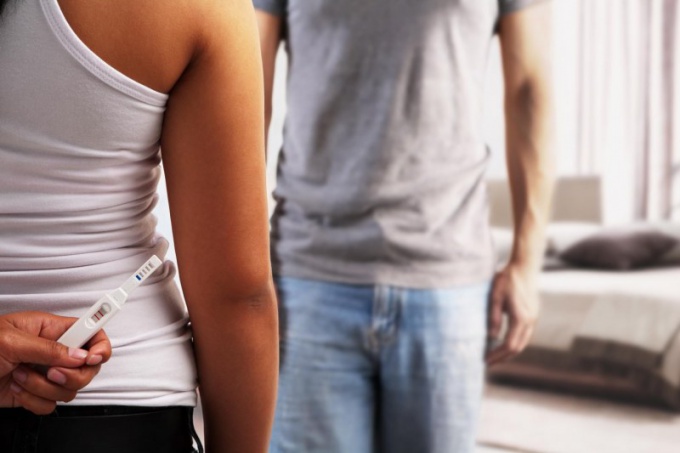 Diagnosis of pregnancy by a test

A pregnancy test is the most simple and accessible method of its diagnosis in the early stages. Test strips impregnated with an indicator that reacts with human chorionic gonadotropin, causing them to change color. This hormone is produced in a woman's body only during pregnancy and fairly quickly determined in biological fluids.

To carry out this Express-analysis is approximately 2 weeks after conception. Generally, ovulation occurs mid-cycle and menstruation needs to occur in 12-16 days after the release of the ripe egg from the ovary. Conception is most likely in the period of ovulation, so buy test makes sense only after a delay of menstruation. If you do analysis before, high probability of obtaining a false positive result.

The concentration of human chorionic gonadotropin in the blood increases several times every 2-3 days. If the test showed a negative result, but the woman continues to question the absence of pregnancy, it can perform the analysis again after 3-4 days.

The definition of pregnancy by analysis of blood on hgch

A blood test for hCG to diagnose pregnancy at an even earlier time. It is known that the concentration of specific hormone in the blood begins to increase much faster than in urine. She begins to increase immediately after implantation of the embryo in the uterine wall. After 2-3 days, a blood test for HCG can show a positive result. Thus, to determine the presence of pregnancy by this method is possible in 5-7 days after conception.

A blood test for HCG can be taken in the antenatal clinic or the laboratory. In the absence of direction from the doctor he is paid. Experts believe that it should be done not to satisfy your own curiosity, but only in certain cases, when it is really necessary.

Increasing the concentration of human chorionic gonadotropin may be associated with pregnancy. Such cases are very rare. As a rule, have to encounter this problem when in a woman's body begin to develop serious pathology.

Signs of pregnancy include nausea, weakness, malaise, increased the sensitivity of mammary glands. Typically, the woman begins to feel them even before the delay of menstruation. Using these symptoms to diagnose pregnancy is impossible, but their appearance can be a reason to buy test or blood test.
Is the advice useful?
See also
Подписывайтесь на наш канал