What to do with Orchid when she would wither

How long is the flowering of orchids depends on the genetic characteristics of the plant. Repeat flowering will also depend on the care of the plant after the previous flowering – it is possible that it will start in three or six months. 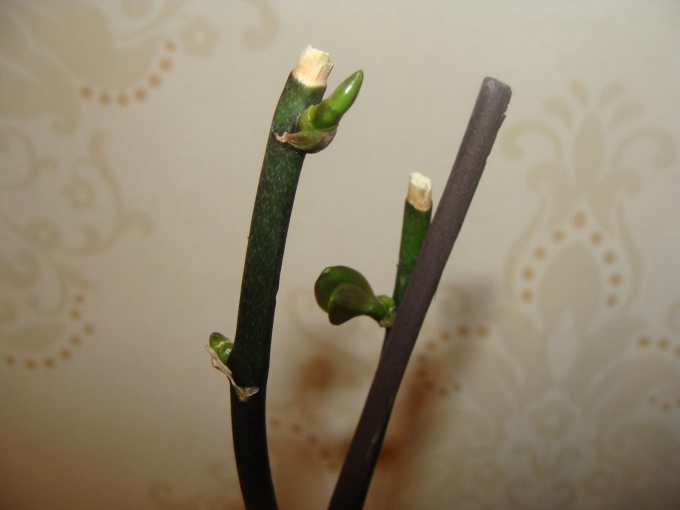 What to do with a wilting plant, we know not all gardeners. We have to act in the matter behaves like a stem-peduncle.

If withered stalk just gradually dries up, it is better not to touch. Orchid slowly pull all the nutrients out of it – they will be useful for further development of the plant. Wait until the stems turn yellow or dry up completely, and then remove it. It is necessary to leave only the stump height to a few centimeters.

You can trim the old spike, if he doesn't want to dry out. But if the Orchid is finished flowering in the spring, a strong possibility that the old spike wants to throw out more buds. For this it is necessary to cut.

On the stems there are several dormant buds which may still be babies or new flowers. In order to try to achieve re-flowering, the Orchid should be cut off approximately half an inch above the highest of these buds. But note that when cutting the stems on the undeveloped buds, the development of a new stem to be suspended. This is because, Orchid all the spending power than on the development of a new flowering stalk, and maintaining the old.

Orchid will require care after flowering. It need time to be watered and sprayed, but dressing a little better to reduce. If needed, you can repot the Orchid in another pot. If care will not be tolerated mistakes, it will bloom again in a few months. But sometimes the transplanted plant blooms only after a year.

If an Orchid is transplanted, and the new stems are not formed, you can try to create a temperature difference and slightly reduce the intensity of irrigation. These measures, in some cases, can lead to the fact that the Orchid will throw out new stems. Daytime temperatures for orchids are not higher than 24 degrees above zero, at night – about 16 degrees.