How to cut stems of orchids

The orchids will decorate any room, keeping bloom for several months. After the spike drops the buds, owners of tropical plants, the question arises about how to trim an Orchid. 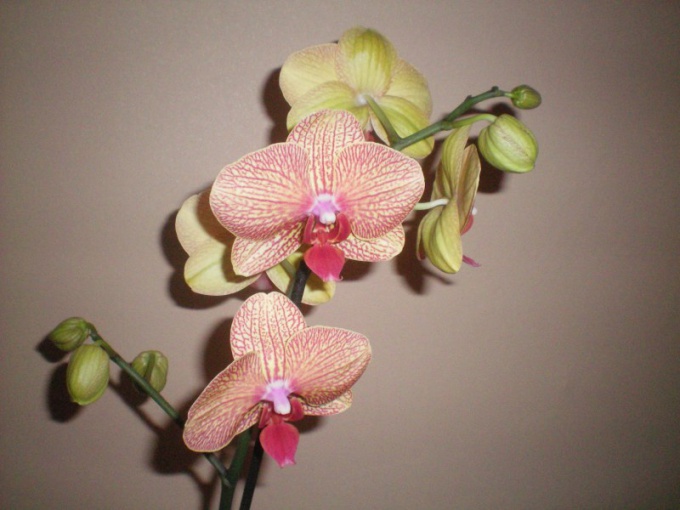 Related articles:
You will need
Instruction
1
When the plant has ceased to bloom, make sure that the peduncle lacking swollen buds that can appear new buds. They can be not just at the tip of the peduncle, but next to the already withered buds. Also pay attention to the tip, growing it is green and does not need pruning, even in the case where the Orchid has blossomed.
2
If the arrow begins to fade, you can start pruning. Procrastination leads to the fact that the plant is forced to spend forces for the maintenance of withered stems. To do this, take a pair of scissors or a sharp knife and a neat motion cut off the upper part of the shoot, leaving the whole of its lower part with two kidney growth. Usually the first of them is located almost on the ground, and the second at a height of 4-7 cm from the first. Save these so-called "dormant buds" that are hidden in the scales of the trunk, can contribute to the emergence of new lateral shoots.
3
Sometimes blooming arrow can be subdivided into a few shoots, then it makes sense to cut only the part that began to fade. The second can appear buds.
4
This is not the only way trimming. In order to maintain power plants, you can cut off the flower stalk at the base. Additional processing cutting position is not required.
Note
About to cut the stems of orchids or not, there's a lot of controversy. In order for the plant has grown and gained strength for forcing a new flower stalk, it is advisable to get rid of the old. At the same time, trimming of the arrow may result in a long period of rest. One thing is certain: if you want to crop there are doubts, then it can take some time, sometimes a flower gives re-buds on the same stalk.
Useful advice
Pruning orchids is not a guarantee to accelerate its re-flowering, so you should not entrust this procedure too high expectations.
Is the advice useful?
See also
Подписывайтесь на наш канал