Looks like a spike at the Orchid, what to do after flowering

To purchased at a flower shop blooming Orchid to enjoy the abundance of color regularly in a timely manner to shorten the stalk of the peduncle. Further, it is desirable to establish plant conditions close to its natural environment of growth. 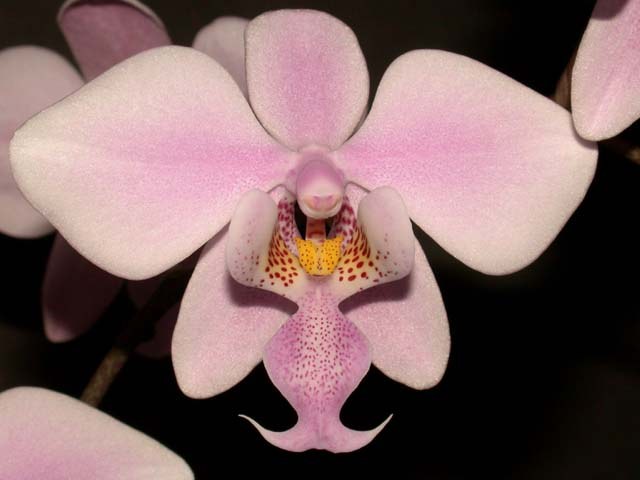 Related articles:
Experts advise to begin acquaintance with orchids from the unassuming type – Phalaenopsis. This euphonious title of this kind received by its founder – Karl Ludwig von Blume. Latin Phalaenopsis translates as "like a butterfly". Immediately you can guess, it looks like the flower stalk of Phalaenopsis. Simple structure plants are represented by succulent leaves and an upright stalk, on top of which is the "flock of flying butterflies".

It is necessary to clarify that the flowers butterflies located at the very top, because the stem ends kind of the tip of the peduncle in Bud. Sometimes it's called the flower arrow. While it is green, it should be expected to continue flowering. This can happen directly as a continuation of the current process or more months later. Some varieties of orchids bloom without a break for up to six months. Repot the plant during flowering is strictly prohibited.

Confirmation of the end of flowering is yellowed, darkened or withered tip of the peduncle. This means that the stems can be cut, leaving only a short stump of no more than 3 inches. At the same place after some time to grow new stems. Inexperienced growers, naturally, the question arises how to proceed to the flowering orchids were abundant and long.

How to care for a wilting Orchid

In fact, the flurry of activity around the flower should not be developed, except to care as usual. Better to watch the biorhythms of the plant. How long and how often will delight Orchid its color of the owners, depending on variety and care. Although Phalaenopsis is the most unpretentious, but cranky as all handsome. In the winter time, you must give the flower to feel the temperature decrease. This is done only at night during the month. Enough to open the flower near the transom, below the temperature drop of 4-5 degrees. This kind of stimulation of formation of new stems.

After flowering, the orchids, there is a phase of rest, but it is being actively formed root system and the leaves grow. If the flower is in the same substrate for over 2 years, it's time to do a transfer. For abundant flowering Orchid requires moderate humidity and room temperature +22 28-30 in winter and summer. She loves spraying the leaves and stems.

During the heating season, you may need more moisture, but when it is abundant growth point can rot. If this happens, then follows with a sharp disinfected knife to cut started to rot the tip. The cut is treated with green paint or sprinkled with cinnamon.

To take precautions it is necessary, because the continued development of the flower depends on the formation at this place kids. Sometimes mistakenly in the growth point begins to grow stems, which in appearance very similar to that of a baby emerging at the base of the leaves. Such a stem does not make sense to rejoice. This means that the further development of the plant will be gone.
Is the advice useful?
See also
Подписывайтесь на наш канал