How to solder a Flex cable

In many modern electronic appliances use flexible stranded cablesconnecting individual movable and stationary relative to each other components of the device. Often these plumes are torn. This occurs as a rule in edge loop. The efficiency of such a plume can be restored. 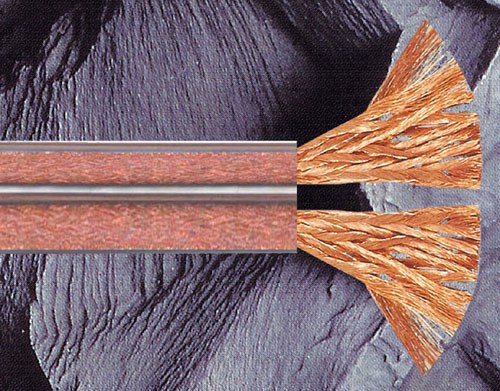 Related articles:
You will need
Instruction
1
Prior flat cable repair prepare alcohol–rosin flux. To do this, grind to a powder rosin. Rosin dissolved in alcohol in a ratio of 1 gram of rosin to 6 grams of alcohol. Mixing alcohol until complete dissolution of rosin.
2
The damaged section of the train glue glue "moment" to the insulating plate. This plate will provide mechanical rigidity in the damaged area and further will not allow the plume to break in the same place.
3
Place the damaged section of the plume under a school microscope. Clean gently with a scalpel from the top of the insulation layer wirings around the damaged area. Track clean at a distance 1-1,5 mm from the edge.
4
A soft brush, apply on the stripped track, a bit of rosin alcohol solution. A well tinned soldering iron warmed by the touch of this area on the train. The amount of solder on the tip of the iron should be minimal, otherwise the solder may overflow and jumper the neighboring wirings of the Flex cable.
5
Gently with a scalpel clean from varnish wire diameter of 0,15 mm. Apply the alcohol solution of rosin. Will saladita wire on a plot of 15 – 25 mm from the edge. Carefully solder the tinned wire to the first from the edge of the train damaged the track.
6
Section of wire that is soldered to both sides of the damaged track, slightly curve so that the middle wire was raised by 1 – 1.5 mm above the plume between the connected points of the damaged area. In this case, the wire will not be stretched after cooling the soldering plume. Gently bite the side excess wire around the second point of soldering. Solder the ribbon cable start with the distant affected area.
7
If breakage occurred at the bend between the movable parts of the plume, it should be increased. To do this, choose the right length, width, number and width of lanes a piece of ribbon cable. It will be used for the manufacture of inserts. Neatly and evenly cut across the plume in the damaged place. Sacotte, connect and solder each half of the loop with the insert as described above. Ensure that the first track is the beginning of the plume coincided with the first track of the second half. Tape glue "moment" the exposed portions of the wire in the soldering plume.
Is the advice useful?
See also
Присоединяйтесь к нам
New advices