Many Housewives, faced with the choice of grinder, pondering whether they need such a function device, such as a reverse. If you remember the old, hand-held, pen it can rotate in both directions. 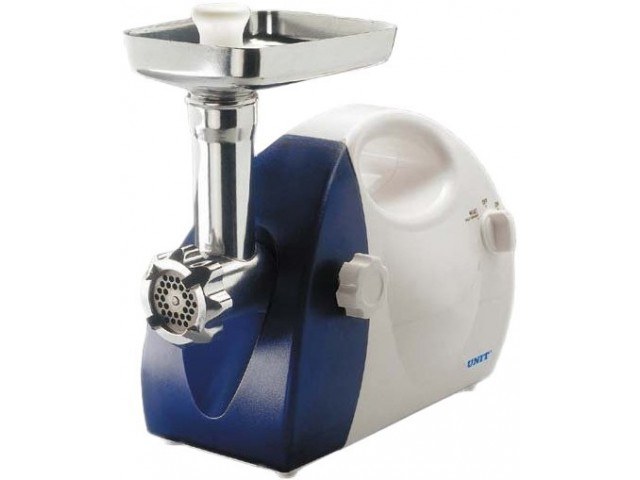 Related articles:
When you consider the power of a conventional meat grinder, based on one female power, the reverse was necessary, as it is not always enough power to grind a piece of meat, he was stuck between a knife and a grid, and it had to be removed. Not to disassemble the unit completely, it was enough to crank the handle a few times the reverse and remove the jammed core.

What to consider when choosing a grinder

Today the grinder, which are in demand, only electric. In this regard, they have a high capacity, able to grind a few pounds of meat into mince in a matter of minutes. If the pieces are released from the tendons, they are ground easily. Unlike conventional mechanical grinder, electric power about 1 kW, and she is able to twist from 800 grams to 3 kilograms of meat per minute. Easily crushed into mince even large pieces.

Some devices work better with finely chopped meat, as in the processing of large pieces of the motor can heat up. Before starting work, all cores with meat must be cut, and bones, even a small, carefully cut. But in General it refers to very powerful devices that can be damaged if the knife gets to the bone.

What does the reverse?

When you select this appliance, kitchen assistant, it is important to check that all the parts are metal. Enough if made of plastic will be made only pestle to push the products into the working area. If everything is prepared properly, the meat is selected high quality and thoroughly cleaned, reverse meat grinder unnecessarily. Its power will be enough to make it work without binding.

If the product does not always cleaned well, and it allowed for stuffing meat is often substandard, the reverse may be useful. Usually meat pieces, and all parts of the carcass, which a lot of tendons, sent for recycling. To separate a large number of cores is problematic, because in this case there will be a large amount of waste.

In order not to have problems with the operation of the grinder, you need to follow all of the requirements prescribed in the data sheet. In this case, the reverse is not useful. Or, at least, the device will have to disable and take apart to get the stuck piece. But one thing you need to remember that this is an option for which you must pay money and match whether you need to be the reverse, will have until the device is paid for.
Is the advice useful?
Подписывайтесь на наш канал