"Heads" and "tails": why are they so called

Toss a coin - "heads and tails" - familiar to many, but not all know where I got these names. Meanwhile, the names of the data of the obverse and the reverse of the Russian coins in the era of pre-revolutionary Russia have come a long way and have been able to survive to the present day unchanged. 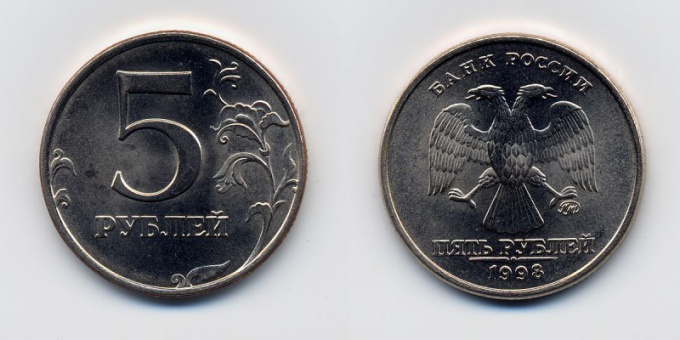 Related articles:
Instruction
1
"The eagle" became known as one of the parties to any of the Russian coins of small denomination, which was the state emblem - the double – headed eagle at the turn of the 17th-19th. Although the double-headed eagle became the symbol of the state emblem of the country since the time of Ivan III, the decision on the application of this symbol on the first national coin was made only after the monetary reform undertaken by Peter the First. Then the eagle was applied to the obverse of the coin, i.e., at its front part.
2
The tradition is to call "heads" the other side of the coin, which depicts the coat of arms, has retained to this day, although during the Soviet era double-headed eagle was replaced by a globe with hammer and sickle in a frame of ears, and at the present time the double-headed eagle is the symbol and the Central Bank of Russia and the state emblem of the Russian Federation. The truth is now "the eagle" is on the obverse, and the reverse of the coin, i.e. its reverse, nelitsevaja part.
3
"Tails" in the Russian Empire called the side opposite the eagle. "Tails" could be both obverse and reverse of the coin. Still historians can not agree as to the origin of that name. The most popular version is based on the fact that the people face called "Ryashko," and the coins above fifty dollars to the 19th century is traditionally depicted the head of the ruling monarchs. Later "Ryashko" simplified to "tails" and are firmly entrenched in the language.
4
After the monetary reform conducted by Peter the great, on the reverse of the national coins has the information about the coin denomination and year of issue. In those days it was customary to inflict a large number of decorative elements and patterns on the coins that the common people who did not have high levels of literacy, was described as a lattice. So there was another version of the origin of the name "tails" - the word "grating". The tradition to call "tails" and the reverse side of the coin opposite to that which caused the state symbols have survived to this day, despite the fact that in different times this side was the obverse and reverse of the coin.
5
At the mints of randomness is produced and the so-called salifoski are coins having two heads or two tails. In modern Russia the most frequent ruble coins with the minting of the denomination on both sides. Among numismatists, these coins are very popular due to its rarity. Now the cost of one coin regardless of its value can reach up to 50 thousand rubles.
Is the advice useful?
See also
Присоединяйтесь к нам
New advices