Why fell the pressure in the tap

Have you ever had to deal with the fact that when you open the faucet in the bathroom or the kitchen the water pressure was very weak? The reasons for such problems may be several. They can be associated with a state of communications and malfunctions of the mixer. 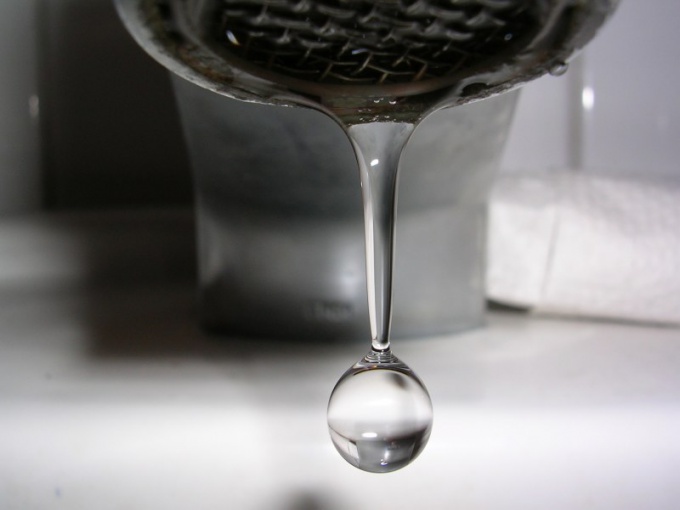 Problems with the pipes

Age communications in many Russian cities has reached a critical level. Their deterioration often leads to various accidents. It can also cause falling of the water pressure in your home.


Old metal pipes rust. In addition, they are constantly piling up sediments. Over time, the pipe diameter can be reduced to such an extent that the water pressure will fall and the water from the tap will run in a thin stream.


When water is run into the riser after disconnection, pieces of rust under pressure can break away and score a place tie your tubes in the riser. To remove this blockage is very difficult, it is better to call a plumber who can unclog the pipe using a rope.


But usually it helps for a while, as the cause of the blockage is not resolved. The optimal solution — replacement of communication in the house.


Sometimes the pressure in the valve falls after the replacement of old pipes with new plastic. This can occur if the broken soldering technology that reduces the diameter of the inlet. To remedy the situation requires the modification of the node.


Many people today set on pipe mud filters. If the water is a lot of dirt, these filters become clogged over time, and water pressure drops. Check them by unscrewing the nut and pulling out the filter mesh. If they are clogged, rinse and reinstall. Disassemble the filter housing only when the cover water!

Another common problem is clogged mixer. Check the aerator grid, which is mounted on the spout and serves as a divider of the jet. If you don't have mud filters, dirt can settle here. In addition, the aerator may be overgrown lime bloom. Clean it and reinstall.


If you have a faucet that uses rubber gaskets, need to check their condition. Over time they wear out and can become detached from the seat, to shut off the water supply. If this happens, replace the gasket.


If your mixer is connected with rubber hoses, check for a blocked video. Their diameter is small, and the rust of the old pipes can get stuck inside a flexible liner. Remove the hose and see it through. If inside is found a foreign body, remove it.


Check if the faucets and communications inside the apartment gave nothing, the problem lies in the supply system. This may be the formation of air tubes, improper alignment of the input node or the pressure drop in the main pipeline. Such problems cannot be solved independently, you need to contact the management company.
Is the advice useful?
See also
Присоединяйтесь к нам
New advices