Whether you want sterilized cats cat

Many responsible owners are sterilized is not intended for breeding cats. We often hear that sterilized female still asks the cat. Whether such stories can be made on the ground, and for what reasons this could happen? 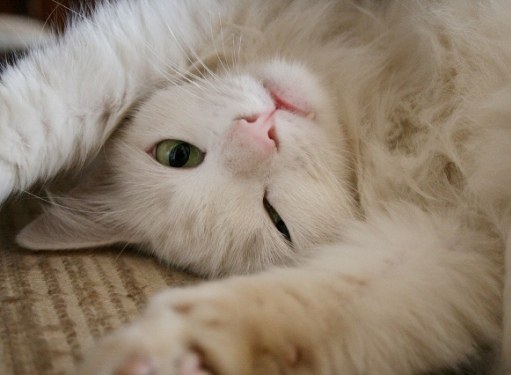 Related articles:
If your cat does not belong to any particular breed is not a valuable manufacturer, or you just don't want to bring the kittens, it is best to sterilize the animal. However, sometimes we hear from different people that the sterilization is, in fact, useless procedure, from which there is no sense. Saying that sterilized cats please cat, no less than usual. Whether so it actually?

In fact, in many veterinary clinics, the term "sterilization" is meant the castration of animals, so please check with the vet whether to remove the ovaries of a cat during the operation or not.

Indeed, such interference with the body of the animal as sterilization implies that the result of the cat will lose the exclusively reproductive function. That is, it will periodically heat and it will retain the ability to have sexual intercourse with a male. Another thing is that as a result of mating the cat is not pregnant and will not have the kittens, she will actually become infertile.

If a veterinary clinic is not sterilization and castration of cats, she completely removed the ovaries. As a result, the cat no longer comes in heat and the period of sexual hunting.

If your favorite is free range – for example, you live in a private house – in order to prevent the unwanted appearance of kittens, you can make it sterilized that it is easier and faster. For a domestic cat that never goes outside, is more suitable for castration.

If I want the cat neutered cats?

After castration, the veterinarian removes the cat had both ovaries removed, and in addition to them are often removed and uterus. In the vast majority of cases this will certainly save you from all problems that are associated with the sexual behavior cats: a shrill meowing, rolling on the floor, and others so familiar to all owners of adult cats symptoms. However, a small percentage of cats, this behavior may occur again some time after castration. What is the reason?

To determine SOY by results of the analysis on hormones, the fence of which is the vet. If the diagnosis is confirmed, it is necessary to do repeated operation to remove the body of an animal left a fragment of the ovary.

The most common cause of this can serve as a so-called syndrome of the left ovary (SOYBEANS). During castration, the veterinarian may inadvertently delete the ovaries entirely, and leave part of one of them. In this case, the left fabric assumes the function of the whole ovary produces sex hormones, which makes neutered cat to ask cat.

Sometimes vets assume that the cause of sexual behavior of cats after castration may be the pituitary gland or the uterus, if the latter was not removed during the operation. This assumption is fundamentally wrong. Neither the pituitary nor the uterus can cause what the cat asks the cat.
Is the advice useful?
See also
Подписывайтесь на наш канал