The behavior of the cat after sterilization

Neutering cats is a pretty serious abdominal surgery, which is performed under General anesthesia. The recovery period in most of cats took about a week. And in this period it is important to ensure good animal care and to monitor the behaviour of the domestic pet. 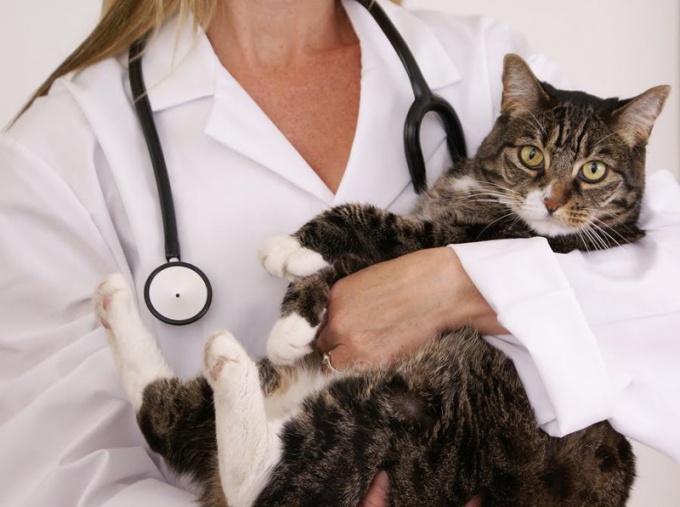 The behavior of cats in the postoperative period

The most difficult time for the animal's spay day, when the cat only starts to "deviate" from the General anesthesia. This process in animals may occur in different ways. Some cats just sleep until the next day and some become hyperactive, trying to run, jump, seek to climb higher, loudly meowing. The coordination of movements, as a rule, very bad, so the animal can walk backwards, to fall, to miss the mark when jumping and risking injury. It is therefore very important to be near a cat to look after her. In addition, some animals departing from the anesthesia, I'm afraid to be alone and not let go of a person.

The operation is best to appoint a weekend morning, so that you have the ability to check the condition of the cat in the first hours after surgery. Then she will no longer need constant supervision.

After a period of activity occurs is secondary sleep. After the cat sleep, the remnants of the anesthesia to "wear off" from her body and she starts to behave normally. Her movements become coordinated, the cat may start to show interest in food, although at first it will very little. Within two to three days, the cat will be lethargic and sedentary, but will gradually recover and locomotor activity, and appetite.

How to change the behavior of sterilized cats

After surgery, the cat is not experiencing hormonal problems, and with them disappear the night screaming, hysterical Mayanja and other "excesses" that accompany the heat.

As a rule, the character of a cat after sterilization has not fundamentally changed: they are almost the same as before the operation between the chutes. Being somewhat more relaxed and docile, less aggressive.

Usually spayed female cat begins to move less, therefore it is necessary not only to adjust her diet (it is best to go on special food for neuter), but also to try to stimulate its motor activity, often playing with the animal.

Sometimes after surgery in cats greatly increases the appetite. In such cases, it is important not to succumb to "provocation" and not to increase the diet – or just a few weeks the cat will oireet.

If, despite the operation, the cat continues to exhibit sexual tendencies, this may mean that the operation produced not "pure" and in the abdominal cavity remained particles of the ovary, which continues to operate. Hormones also can produce the left uterus, and sometimes this function take the adrenal glands. In any case, the behavior of heat in the sterilized cats is a cause for serious examination by a veterinarian.
Is the advice useful?
See also
Подписывайтесь на наш канал