How long is the estrus in dogs and cats

There are many people who seems to be not against to have a pet but are afraid of all sorts of problems provoked by the appearance in the house of another living creature. For example, many people think that females dogs and cats living in the house, estrus occurs almost 4 times a year and lasts a very long time. 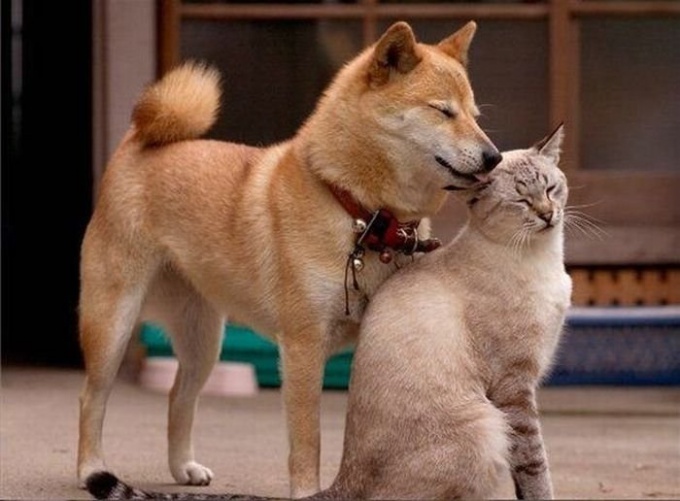 Related articles:
Those who intend to have a pet, often suggest to buy a female, because the kittens and puppies of such floor is more relaxed, less likely to show aggression and stronger attached to their owner than males. Often owners are experiencing due to the fact that the female intermittently flowing, in which the animal is actively looking for opportunities to mate with a male, and can stain anything in the house with his own secretions.

The age at which females first comes in heat, can range from 7 months to eighteen months. Interestingly, small breeds in most cases, estrus occurs much earlier than the representatives of medium and large breeds of animals. Physiological signs of maturity is the appearance of the genital organs of an animal spotting, with insanely attractive smell to dogs of all breeds. Don't worry that the animal will stain the whole house – in heat dog constantly licks a loop, but expensive carpets in this period it is better to remove.

Estrus in dogs lasts 21-28 days and usually occurs twice a year. If you are going to knit an animal to produce offspring, it is best to do it in 10-15 days from the beginning of the estrus, because the bitch is maximally excited during this period and are willing to keep the dog without any problems. During this period external sexual organs of the dog was swollen and the discharge becomes slimy in consistency and almost transparent.

The representatives of the different breeds age at which first estrus occurs, may vary. Some cats first estrus happens from the age of 7 months, the other is 10 months old. Interestingly, at the time of its occurrence affects not only the breed of your pet, but the conditions of her detention, and her diet, and a number of other factors. Despite the fact that heat is an indication that the animal body is ready for pregnancy, it would be the height of folly specially knit cat in her first heat – this must not be done before the end of her eighteen months of age.

On average, the estrus in cats lasts 12-14 days. To accurately determine the time of its beginning can, carefully watching the behavior of your pet: when the cat starts to shout loudly, to strike a pose for mating and seeks at every opportunity to escape outside to be able to povesitsya, it is safe to assert that the estrus has begun. Keep in mind that to blame the cat for bad behavior in this period is simply useless, but to punish her – top cruelty: now your animal does not belong to himself, controlled by a powerful instinct of procreation. If you don't intend to knit the cat, it is best to sterilize it.
Is the advice useful?
See also
Присоединяйтесь к нам
New advices