Why wear the cross?

At Baptism the priest wears to receive the Sacrament pectoral cross. Today it marks the conversion of the Christian Orthodox faith. Whether it is necessary now to wear it constantly or is there some special procedure? 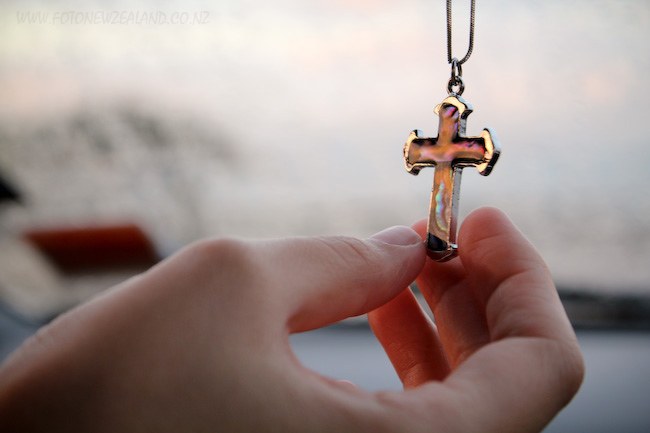 The cross is the symbol of belonging to the Orthodox Church

For the first time about the people who wore on his breast the symbols of the cross, mentions the theologian John Chrysostom (347-407). in the 3rd part of his work "Against anomie". But he dealt with encolpion-medallions. Originally it was a wooden four-sided drawers with relics. Early on inside could be relics of the chips with the tree of Calvary, of the lists of the sacred books, and other relics. On the outer side of encolpion (in Greek "chest") depicted the monogram of the name of Jesus Christ. Directly crosses in wide use appear in IX-XI centuries.

In Russia the tradition of the wearing of a cross dates back to the XVII century. Then he has become a mandatory part during the procedure of baptism. Adults wore it over the clothes, parading as a clear indicator of Christian baptism. Pectoral – a large pectoral cross which is worn by Russian Orthodox priests according to Sana'a – appeared later, in the XVIII century.

The wearing of the cross is the honor and responsibility

Wearing on your chest pectoral cross for the true believer, an Orthodox person is an honour and a great responsibility. Blasphemous or scornful attitude to the cross is always frowned upon and was perceived by the people as an act of apostasy and insults the dignity of believers.

Widely known in Russia this rite is the oath of allegiance, as krestotselovanie, the Russian people crucifix changed and became sister cities. The cross on the chest symbolizes a sense of ownership to the suffering and heroism of Jesus Christ and a willingness to follow the commandments of the Gospel of the Savior, struggle with their passions, not to condemn and to forgive loved ones.

The pectoral cross is not a talisman not talisman. And it's not fashionable decoration on an expensive gold chain that is worn a sort of a case to a particular outfit. On the other hand, you have to understand that in itself the wearing of a cross from anything else it gives little meaning to an unbeliever. The attitude of the cross should be appropriate to the faith.

Someone will not part with him in the bath – there was even a special removable wooden crosses, the metal is not annealed chest. But to blindly follow all the superstitions associated with the cross, too extreme. Of course, to lose or leave somewhere your cross – event unpleasant. But it still says only one thing: broken rope or chain.
Is the advice useful?
See also
Присоединяйтесь к нам
New advices