Is it possible to wear a cross husband

Question about wearing someone else's pectoral cross, previously a friend, including a spouse, may occur for different reasons. Some of them very sad. 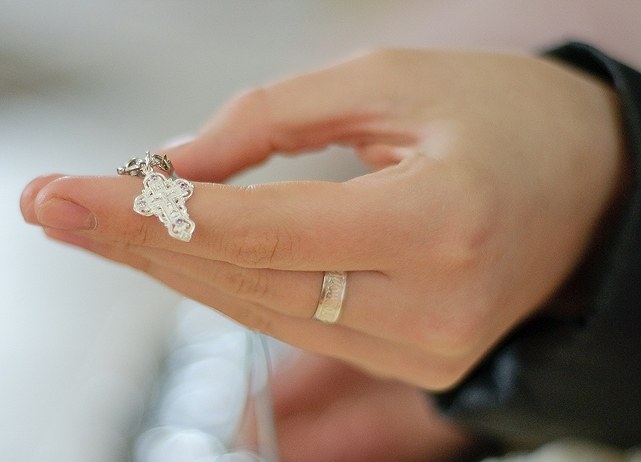 Related articles:
If the husband died, the widow could leave it the pectoral cross, and then she has to decide whether to keep it in a safe place or to wear.

But the situation is so sad. The husband may give the cross to the wife if she lost her. Finally, the cross can become a gift to your beloved woman, and the husband will be wearing a different cross.

In most cases, the arguments against the wearing of another's pectoral cross, including – owned by the spouse, are as follows: the cross absorbs the problems and troubles of the owner, his "negative energy", and this whole threat of "matter" will be transferred to the person who's cross I wear. And anyway, if a man gives someone a cross, it is suspicious: obviously, he wants to absolve themselves and to transmit their problems!

The cross that belonged to the deceased, and can not speak: his wife, wearing a cross of her late husband, she will surely die soon!

The Position Of The Church

All the arguments listed above go back to the principle of "like begets like". This is one of the fundamental principles of mythological thinking. It originated numerous omens and magic. Both does not belong to the Christian faith and paganism, but to be both a pagan and a Christian is impossible.

Holy cross, including in the form of a small cross worn on the breast of Christians, is a symbol of Salvation. Therefore, it can not in principle carry no negative meaning, especially can not bear any trouble. From the point of view of a Christian, adversity can bring only their own sins.

When you can't wear a cross husband

Can only be described one situation in which wearing a cross wife the woman should refuse flatly. We are talking about the case when the husband declares: "Take my cross, can wear that, I don't need it". This means that the person is ready to abandon not only the cross, but from faith. In this case, a loving wife-a Christian will not accept such a "wide gesture. On the contrary, she says: "Thank you, I already have a cross, and your keep. I'm calm when you're wearing it".
Is the advice useful?
See also
Присоединяйтесь к нам
New advices