How to make a winter tent made of polyethylene

Despite the huge variety of models of tents for ice fishing, sold in the shops of tourist equipment, fishermen are trying to develop their designs. And due to the desire to have easy, quick tent, for the manufacture of which is the best suited plastic film. 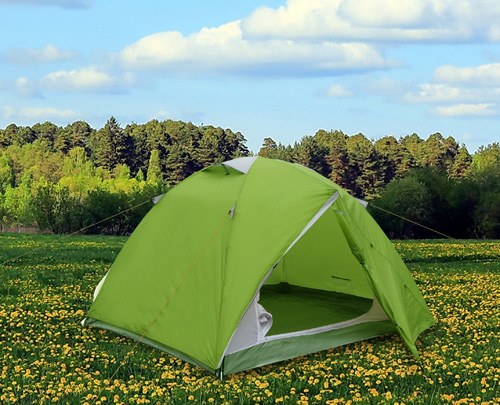 Related articles:
You will need
Instruction
1
Constructive solution of a homemade tent is quite simple. It consists of four pillars, covered with a tent made of plastic film. The entrance to this tent is made on the lock-lightning. The parts connected by bushings, one end of which is pressed on and the other goes inside the tube. For vertical racks are perfect old aluminum ski poles. To the upper hinge, they are fixed by a lock spring.
2
Fabricate frame of the desired size, then place it on the rack the required distance, and the tips of them connect between a conventional cord.
3
Sew the awning from strips of tarpaulin and plastic film, whose thickness must not be less than 0.2-0.3 mm. For this pre-sew strips of canvas on the sewing machine, and then pitch them from the top cap, which will close the hinge. Ready canvas strips best baste on the frame, after which you can sew on the machine. This is best to use nylon thread.
4
Pull on the frame ready canvas base and baste polyethylene and lightning, and then finally sew them on the sewing machine. For additional fastening of an awning to the frame against each kink resistant and the bottom need to sew tie closure. When sewing the tapes don't forget the inner side to enclose the tapes and the machine to put on the biggest step. At the top of the tent polyethylene is collected and closed by a cap made of the same film or piece of canvas, and then clamped by means of bolt-lamb.
5
Sew the loop at the base of the tent. In the future they will need to secure the tent. They inserted pins, which, in turn, driven into the ice. Ready awning sew to the hinge.
Note
Based on the design of winter tents, it's easy to make and a summer version of the single which can find its application not only in fishing.
Useful advice
Below the awning is not moved away from the counter, fold up the tent in the wind. Otherwise it is not excluded that cut plastic awning struts.

Folding tent, fold out the awning by hand and in one motion fold stand, adjusting in this film, and then put it into the case like a regular umbrella.
Is the advice useful?
See also
Присоединяйтесь к нам
New advices