What religion is mainly practiced by the Armenians

Armenia is a small country with a population of about three million. Located in the Caucasus. The Republic of Armenia founded in the IV-II centuries BC, it is rich in its traditions, history, culture and religious beliefs. 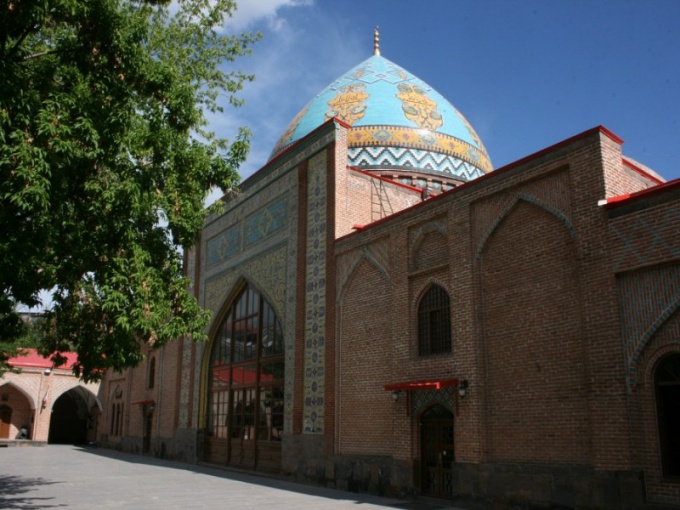 Related articles:
The religion of Armenia is very diverse. It includes Christianity, Islam, yezidism and fringe. Most of the residents of Armenian believers. It is believed that the most common religion is Christianity.

About 94% of the total population preach Christianity and belong to the Armenian Apostolic Church. This Church is one of the oldest in the world. Few people know that Armenia is the first Christian state in the world in the year 301 faith in the King of Heaven and his son Christ became the state religion of the country. The first preachers here are Bartholomew and Thaddeus.

In the year 404 was created the Armenian alphabet, and in the same year the Bible was translated into Armenian, and in the year 506 the Armenian Church officially separated from the Byzantine, which significantly influenced the subsequent history of the state, its political and social activities.

But Christianity is not the only religion, the adherents of which live in Armenia. There are communities of the Armenian Catholic Church (there are about 36 parishes), which are called "Franks". The Franks (or fringe) live in Northern Armenia. Originally they came with the crusaders, but later in the 16-19 centuries, the Franks began to call the Armenians-Catholics. The Armenians, the Franks are divided into three groups:
- LPG-Franks,
- Khas-Franks,
- mshetsi-Franks.

The division of Catholics is not due to the peculiarities of religious beliefs, it is concerned with the place of residence of the adherents of this faith.

There are also followers of Islam living in Armenia, although it should be noted that basically the religion of the Kurds, Azeris and Persians. In the capital, Yerevan is home to the famous Blue mosque. It was built in 1766 and in the early 20th century was one of the seven mosques in the capital. This beautiful building is not only religious in nature. It is also a symbol of interfaith friendship.

There is also the Armenian evangelicals that came out of the Apostolic Church, because they believed that its teachings and traditions were not consistent with the Bible. Among the Armenians also spread pseudoplatystoma sectarianism, chemilumi and Sunni Islam of the Hanafi persuasion. Some Armenians deny God and join the society of atheists.

Despite the diversity of religion, it is necessary to consider the fact that God in all faiths and the teachings of the one, although it has different names.

Christianity has covered most of the inhabitants of the Earth, without leaving aside Armenia. Christianity has played an important role in the fate of the Republic, when she lost her independence. In fact, the Christian Church had to take on part of the government that allowed her to save a nation and unique culture of the state.
Is the advice useful?
Присоединяйтесь к нам
New advices