What branch of divided Christianity

Christianity is one of the most widespread religions in the world, it is not less than 2 billion followers. It has three main branches: Orthodoxy, Catholicism and Protestantism. 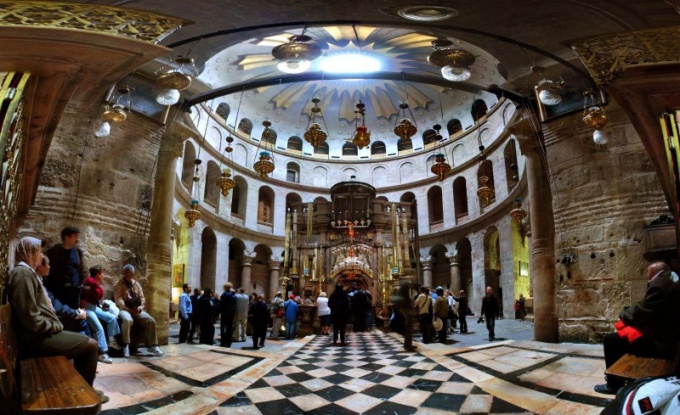 Related articles:
Instruction
1
The split of Christianity into Orthodoxy and Catholicism occurred in the V century during the collapse of the Roman Empire. Since then gradually increased the differences between the Roman and Constantinople churches. Provoked the division of the dispute about the procession of the Holy spirit: from God the father or God the son as well. The Orthodox believed that only God the father emanates the Holy spirit. The representatives of the three branches of Christianity different understanding of the Bible. The main criterion for understanding Catholic – the word of the Pope, Protestant views of the founder of this denomination or personal opinion of the believer, Orthodox Sacred tradition. Holy tradition is a transmitted tradition of spiritual life. The Central idea of Christianity is to save the person from all evil. Salvation was revealed by Jesus Christ, and salvation is possible by believing in him. But this fact is treated differently in each of the branches.
2
The Orthodox Church differs in that tradition of polycentrism. Allowed the existence of several Orthodox churches, currently fifteen. The symbol of faith in Christian Orthodoxy, including the 12 tenets and 7 sacraments. Orthodoxy recognizes the existence of one God represented in three equal persons: Father, Son, and Holy Ghost. Believe in the second coming of Jesus Christ, and in fact the original sin of the first people in the immortality of the soul. After death souls go to heaven or to hell. Christianity has its own religious system. Orthodox sacraments: baptism, communion, penance, confirmation, marriage, lovadina priesthood. As practiced in various religious acts: prayer and worship the cross, icons, relics, relics.
3
At the head of the Catholic Church is the Pope, the bishops began to call themselves so from the fifth century. It is accepted for a canonical biblical books that are not recognized by the Orthodox Church. Catholics recognize the existence of purgatory is an intermediate place between heaven and hell. In purgatory the soul of a sinner can be purified of grief I am the sacred fire. There are some differences in the Catholic rituals and sacraments. For example, baptism is by pouring, and the sign of the cross is done left to right.
4
Protestantism includes many different churches and sects, while believers share a lot of views of Catholicism and Christianity. In this case, the duty of the faithful is an independent reading and interpretation of Scripture, the only source of doctrine. In Catholicism the Bible study is possible only under the guidance of a priest. In Protestantism it is believed that God can communicate with everyone, not just the clergy. Holy tradition is not recognized, salvation is attained through personal faith. Denied the Church hierarchy, equipotential recognizes the sinfulness of all men before God. The Protestants worship only the triune God, without the cult of saints and the virgin. They also believe in the existence of purgatory. Prayers do not occur in Latin, and a believer in their native language. Cults in Protestantism simplified, no external luxury, they are affordable for every person.
Is the advice useful?
See also
Присоединяйтесь к нам
New advices