How many can you get pregnant after giving birth

It is believed that if not monthly, you can't get pregnant. Actually you can get pregnant after 1-2 months after birth, it depends on the woman's body. 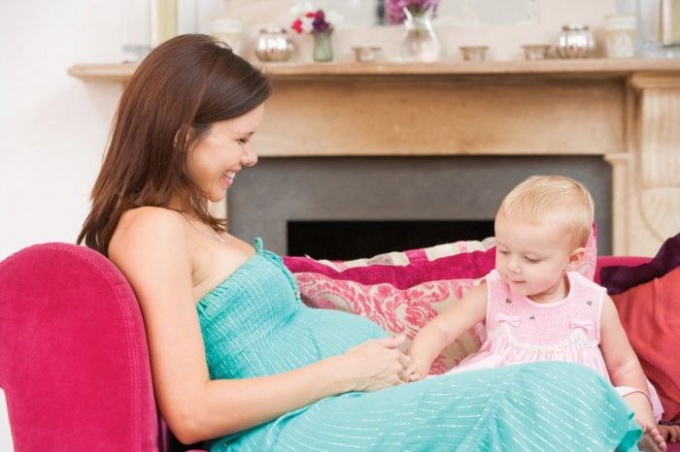 When will periods start?

Each organism has its own distinct characteristics. On average, mothers who are not breastfeeding, the recovery period of the menstrual cycle is about two months. And for nursing moms it is almost impossible to predict when the end of amenorrhea (absence of menstruation). They may start two months or only after 18. It depends on lactation, more precisely from the hormone prolactin, which stimulates it, as it also inhibits ovulation.

Absence of menstruation during breastfeeding means that a new pregnancy will not occur. Is it really so? Many learned that breastfeeding cannot become pregnant, cease to be protected at all. Therefore, there is a risk of unwanted pregnancy.
And the truth is, lactation is considered a natural method of contraception, but they need to properly use. It is impossible to know in advance when will begin the first ovulation as menstruation - this is the end of the cycle. This method is considered ineffective, but still they can use.

To avoid any issues, you should consider the rules of natural contraception:

- my period has not yet begun;

- the child is fed only breast milk or put a small lure, but the mother's milk is about 90 % of the total power;

- the interval between feedings 3-4 hours at night - not more than 6 hours;

- delivery was earlier than 6 months ago. Although menstruation still may not be, the likelihood that soon will ovulate – increasing, therefore, further recommend the use of other methods of protection.

If all the conditions are met, the probability of pregnancy is very small and amounts to only 2-3%. To reduce the risks, it is better from the start to use additional contraception, of which there are very many, including the contraceptive pill or the spiral, recommended for lactating mothers.

How long should I wait to conceive a sibling for my little one? Naturally, after childbirth a woman needs rest to recover fully. The body is rebuilt, and all its forces are directed to milk production for the newborn. If pregnancy still occurs in a few months after birth, this may be an indication for abortion (for medical reasons). For a good flow the second pregnancy, doctors recommend two to three years between births.
Is the advice useful?
See also
Присоединяйтесь к нам
New advices