Can you get pregnant after giving birth

Is it possible to get pregnant immediately after giving birth? Many young moms ask this question. Some of them believe that a new pregnancy will not come as long as they are nursing. Others choose any method of contraception immediately after your baby is born. And rightly so. 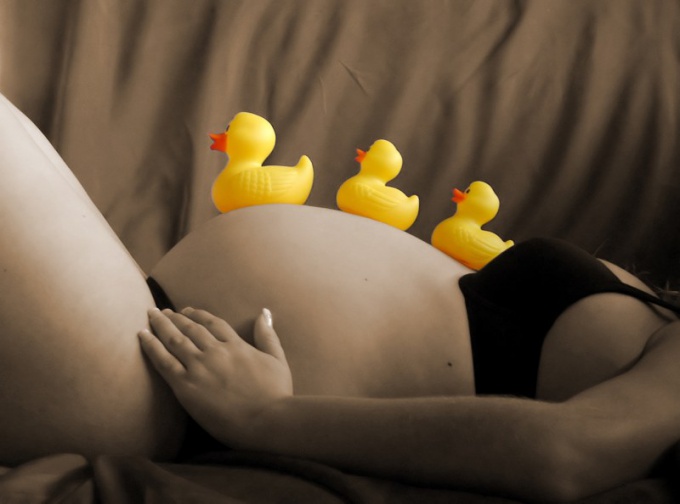 Related articles:
Unplanned pregnancy after childbirth is quite common. Many young mothers is misleading, this method of contraception as lactational amenorrhea. It is based on the fact that during the breastfeeding hormone prolactin. The more of applying baby to the breast, the more prolactin. This hormone, in turn, suppresses produced by the ovaries, the hormone estrogen, which is responsible for the onset of ovulation.

The rules of natural contraception after birth

Leaning in the direction of the natural method of contraception, breastfeeding women should be aware of the following rules:

- the baby should be feeding on demand and put to the breast every two to three hours;

- required feeding at night (a break shall not exceed five hours);

- the child should only be breastfed (no docarmo and lures);

- this method can not count more than the first six months after birth.

When starting the first month after birth?

It should be remembered that the body of each woman is different, and the recovery period after childbirth each is different. Some nursing mother menstruate until two months after the birth of a child. Others menstruation may not be a year or more. The onset of the first ovulation after childbirth the woman is unable to predict. So this is a natural method of contraception is unreliable.

What's dangerous about the pregnancy immediately after giving birth?

The second pregnancy after giving birth doctors recommend to plan no sooner than two years in the case of natural childbirth and no earlier than three years if the birth was performed using caesarean section. A woman's body experiences tremendous stress, nurturing of the child. Many women have exacerbated chronic diseases. Due to the lack of vitamins and micro - and macroelements start losing hair, bleeding gums, crumble the nails, etc. At the onset of the second pregnancy in a row, the probability of inadvertent interruption, as yet not recovered from the female body is simply not able to endure. Youngest children born with a small age difference, have poorer health than first-borns. This is due to weakened after the first pregnancy the mother's body. It should also be remembered that the female sexual organs need some time to return to the prenatal state.

The lack of vitamins in organism of a pregnant woman affects her health and fetal development. Signs include: brittle nails, falling hair, dry skin, etc. When you first signs you need to consult a doctor.

Getting pregnant after cesarean section within three years can be dangerous to life as mom and child. The scar formed in the uterus after the first birth, have a good scar. Otherwise, while carrying a second baby he can just tear. This situation requires emergency hospitalization.

Caesarean section surgical operation is called, allowing to be born the child by removing it from the abdomen of the mother, who for one reason or another cannot have a baby the normal way.

To carry and give birth to healthy offspring, between pregnancies, you need to make a sufficient break. Therefore, a woman should take care about the method of contraception in the postpartum period. To choose a suitable method of protection from unplanned pregnancy to help the doctor. Never rely solely on the phenomenon of lactational amenorrhea. It is better to err.
Is the advice useful?
See also
Присоединяйтесь к нам
New advices