What a mess the low calorie

Porridge made from various cereals are very healthy. Besides, cereal is nutritious, delicious and complete Breakfast. However, not all of them have a low calorie. 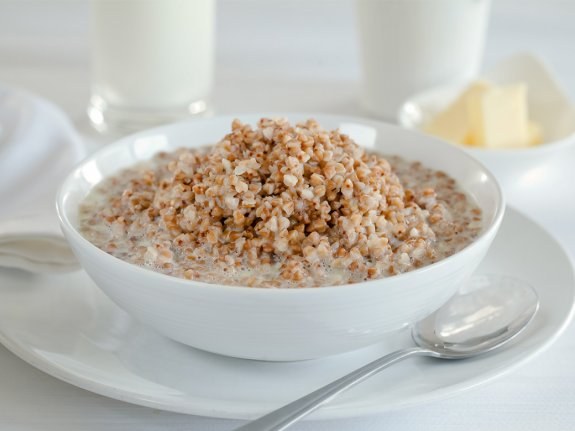 The main advantages of various cereals — high in fiber, included in their composition. Fiber helps the natural cleansing of the intestines from slags and toxins. The cereals contain beta-glucan — a special substance that is able to bind cholesterol and excrete it from the body.

Meals made from grains, rich in vitamins b and E, and trace elements. They maintain in good condition the skin, hair and nails, as well as a beneficial effect on mental activity.

From the point of view of the table of caloric content, familiar to most people grains, enough nutrients, and contain an average of 300 kcal per 100 g of dry product. On the other hand, the caloric value of the finished porridge is highly dependent on where it will be cooked — milk or water, and the amount of fluid that is able to absorb a selected croup. Various fillings: sugar, honey, jam, butter, fruit, chocolate also play an important role in determining the energy value of the finished cereal.

People who are watching their figure, in most cases give preference to oatmeal. The dry grain contains 310 kcal per 100 g 100 g cooked with water oatmeal without sugar contains only 88 calories. If cook porridge with milk, depending on its fat content, the nutritional value of the product will increase to 100 or more calories. However, nutritionists advise not to drink porridge more than three times per week due to large amounts of fat contained in cereal (6 g per 100 g dry weight).

Recent scientific studies have led to the fact that among the low-calorie cereals were classified as barley. 100 g dry product contains 330 calories, however, when the grains have almost no fat. Given the ability of cereals to absorb large quantities of liquid, 100 g cooked with water cereals have an energy value of only 76 kcal. Besides barley porridge strengthens immunity and improves the condition of skin and hair.

Very useful in a diet of millet porridge. Croup is characterized by the following nutritional value: 334 kcal per 100 g Porridge removes toxins, fights fat deposits and it enriches organism with vitamins and useful amino acids.

Useful when diet rice and buckwheat porridge. The calorie content of cereals ranges from 325-329 kcal per 100 g of the Considered grains are very rich in fiber, which is very slowly digested. As a result the person does not feel hunger for a long time.

Which cereal to choose

To summarize, we can conclude that the answer to the question, what kind of cereal is very low in calories, is impossible. However, we can identify the General principles of cooking diet of cereals.

Cook porridge on the water, without the addition of butter and sugar.

Use the product in the first half of the day. The perfect time for any cereal - Breakfast. As a result, the body receives large amount of nutrients and rich in fiber. This, in turn, will relieve a person from wanting snacks before lunch.

Cook porridge from different cereals, because each of them is rich in various vitamins and trace elements. Moreover, because of the high fat content, low in total calories, not all cereals can be eaten often.
Is the advice useful?
Подписывайтесь на наш канал