Useful porridge in the morning

For many, cereal is a normal Breakfast. In cereals contain vitamins and slow carbs, providing power for several hours. But not all cereals are created equal. 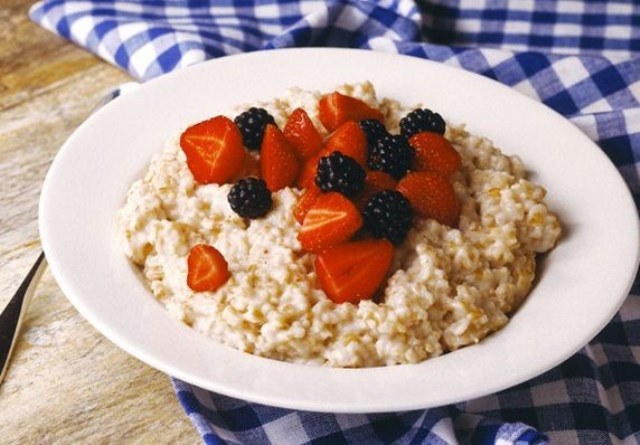 Oatmeal - the most popular porridge

Oatmeal is one of the most useful. Oatmeal is an integral part of English Breakfast and UK residents have always been known as a zealous attitude to health. This mess for a long time gives a feeling of satiety, it also contains a lot of vitamins and minerals, energizing for the whole day. Women who are on a diet, can also include oatmeal in your diet. Welded on water without sugar, it will not add extra pounds. As for taste, you can add in the cereal, pieces of fresh fruit.


Do not use for cooking oatmeal popular cereal. They are especially treated, losing useful properties.


Buckwheat - the cure for all diseases

Buckwheat can be served in the morning and garnish, in the form of milk porridge. Buckwheat also provides a feeling of satiety for most of the day. Cereal contains fiber, which is essential to proper intestinal function. Also in the rump contains antioxidants and folic acid. Buckwheat is famous for the fact that rids the body of cholesterol and reduces blood pressure. However, it has a lot of starch, which should take into account those diets.


Useful not only buckwheat, but the leaves and flowers of buckwheat.

Millet cereal is not as popular as semolina or oatmeal, but it also has many useful properties. Millet contains zinc, copper, manganese, potassium and Niacin, which helps fight cardiovascular disease. The use of millet in the morning normalizes metabolism, helps with weight loss. Also in the porridge contains amino acids which are the building blocks of muscles.

Barley - instead of drugs

Barley porridge is prepared quite difficult - first, it needs to be soaked for a few hours, and then heated in a water bath. However, a plate of barley in the morning, get rid of virus diseases in the period of flu and colds. In pearl barley contains lysine, a substance that helps the body to fight viruses. Also barley removes toxins and helps maintain a beautiful figure.

Semolina - not to get involved

Despite its popularity, semolina is the most useful. It contains a lot of carbohydrates and a small amount of nutrients, and its frequent use can harm the body. However, due to its shielding properties, semolina useful when inflammation of the gastrointestinal tract. Contrary to popular belief, semolina is not very useful for children, as it negatively affects the absorption of calcium.
Is the advice useful?
Подписывайтесь на наш канал