Where to find snag Stalker Call of Pripyat

Among the characters in the universe of the game "Stalker" meet as friends and enemies. Usually the problem with the latter is quickly solved with the help of a firefight, but there are enemies to kill which can not be right, but small things the player should be expected constantly. 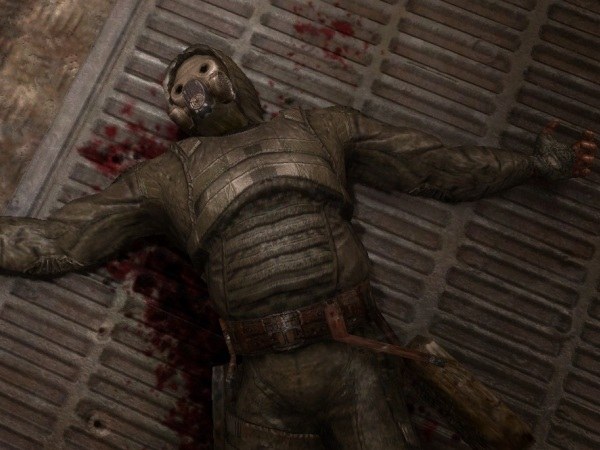 Related articles:
Instruction
1
First time to find the Stalker Snag in the hotel bar "Skadovsk". Just go inside the old ship and behind one of the makeshift tables look the usual type of Stalker, who immediately offered to share with you the coordinates of the cache.
2
Agree to get things from the stash of Driftwood and go to the specified coordinates. Down in the pit, the bottom of which lies an old car. Remove from his trunk a suitcase with clothes. After this, go to the cave and fight with monsters. Breaking to the exit, jump down, trying not to fall into the anomaly.
3
Bring the box to the Snag and get the reward. Then mind your own business and earn money for new weapons. Accumulating enough money, order it from the Stalker Nimble. Waiting for the long-awaited order, put the weapon in the appropriate inventory slot and head for the exit with the "Skadovsk".
4
On the way you call out the Snag and begin to argue that it was his weapon that he stole. Active mind, but check with Smart, so whether it is. Knowing that the Stalker is lying to you, go to the bar to confront him. Not finding him there, find out from others what had happened to Snag, then go to the meeting place. From waiting for you there, criminals will figure out what a Snag she ran into you at a new location – the station "Midsummer".
5
With the help of the Stalker-Explorer go to the station. There just put your stuff in your personal drawer and go to sleep or go on business. Finding on my return that you were robbed, rush to interview witnesses. Among other talk to a Stalker named Zulu, who lives near the station. Having ascertained from the conversation that SnagIt is likely to be close to the abandoned station, go there.
6
Coming closer, you will find there wounded Snag and preparing to shoot his killer. You can give it to him and then to search the corpse of Driftwood. Another option – kill the killer and personally talk to the Snag. Following the discussion, you can decide to shoot a Snag or Vice versa, to cure him, giving him a first aid kit. After that, the Snag appears at the station "Midsummer" and will not go away.
Note
A Stalker Snags have reason to disappear - he is chased by the bandits. Therefore, looking for a Snag, get ready to face armed competitors.
Is the advice useful?
See also
Присоединяйтесь к нам
New advices