In the fashion of "Secret Paths" for the game "Stalker: Shadow of Chernobyl" component of well thought out fights with the enemy, sometimes with the head captures the main character and distract him from tracking the plot. That's why the players often lose track, which should lead them to the key character, the Stalker, nicknamed Fang. 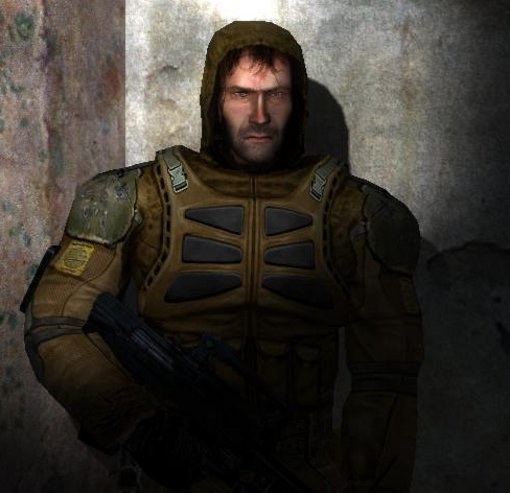 Related articles:
Mod "Secret Paths" is the prequel to "Shadow of Chernobyl" and highlights the main events of the Zone before the off Shot of "brain Burner". In the game, as the heroes of history are all stalkers from the group Arrow: Swamp Doctor, Ghost and, of course, Fang, finding that some players are having problems with. Meanwhile, to find Fang is not difficult, if you know some mod features.

Familiarity with the Fang

For the first time the main character meets up with Fang in Pripyat, after a search of documents in the hopper and multiple military clashes with the adherents of the "Monolith". To get the first quest to find Fang after a conversation with a Ghost. He directs the Arrow to its companion, with the purpose to assist him, promising that he will be able to hold on to the swamp.

Fang is on the same floor, but opposite side of the building. In this game there is a bug that is activated when the dialog with NPCs and the game with a critical error. You can install the appropriate fix, and you can just save before the conversation: the bug does not always work.

With partner before moving to the swamp, while carefully guarding the Shooter learns that the Ghost asks back to him for reward. After the re-transition to the swamps Fang disappears in an unknown direction, and the player continues the execution of the main line quests.

Fang is captured by mercenaries

In order to find the missing Fang, the player must be performed by quest lab X16. This is another drawback of the developers left to keep the sequence of the main quest chain. In the dungeon X16 slots player need to find the laptop that is hidden on the top ledge of bizarre instrument. It looks like autoclave from the final video "Shadow of Chernobyl", only set vertically.

When the laptop was found, in the task list, more information appears to indicate that Fang is in the thrall mercenaries. The player must go to the location Bar and go with the base bandits from the wild territories. In the wastelands of a ruined hamlet, located a couple of kilometers from the Bar.

On the farm is eight mercenaries, most of them in the reinforced armor or exoskeletons. Therefore it is useful to stock up on armor-piercing ammunition for your weapons. Cleaning the area from invaders, the Shooter receives an update of the quest and have to talk to Fang. NPS is the only stone building on the farm, in the Central room.
Is the advice useful?
Подписывайтесь на наш канал