Despite the fact that the plane weighs a ton, he is able to fly. The reason for this is a special wing design that allows you to change the density of air over and under the wing. 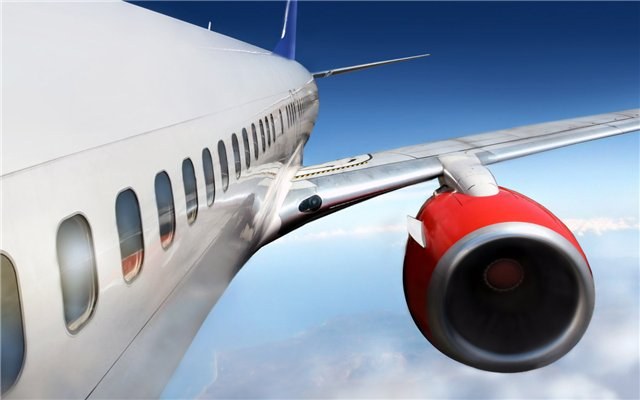 Related articles:
For a long time people saw birds fly. Some researchers appear crazy ideas – they wanted to fly, but why the result was so disastrous? Long ago there were attempts to attach to her wings and flapping them to fly in the sky like birds. It turned out that the man power is not enough to raise yourself on flapping wings.

The first craftsmen were naturalists from China. Information about them is recorded in the "Can-Han-Shu" in the first century of our era. Further history is replete with cases of this kind, which occurred in Europe and Asia, and Russia.

The first scientific justification of the process of the flight gave Leonardo da Vinci in 1505. He noticed that the birds do not have to flap their wings, they can stay on the still air. From this the scientist concluded that flight is possible, when the wings move through the air, i.e. when the flap their wings when there is no wind or when the wind blows when the fixed wings.

Why did the plane fly?

Implemented as vertical movement, but what causes the aircraft to move horizontally? – Engines! Propellers as if the drill path in the air, overcoming wind resistance.

Thus, the lifting force overcomes the force of gravity, and the traction – braking force, and the plane flies.

The aircraft rests on the balance of the lift force and the force of gravity. The plane flies straight. The increase in airspeed will increase the lift force, the plane will rise. To offset this effect, the pilot must lower the nose of the aircraft.

The rate decrease will have the opposite effect, and the pilot will need to raise the nose of the aircraft. If this is not done, the crash to happen. In connection with the above features there is a risk to break when the plane loses altitude. If this occurs close to the surface of the earth, the risk is almost 100%. If it occurs high above the ground, the pilot will have time to increase speed and to gain altitude.
Is the advice useful?
See also
Присоединяйтесь к нам
New advices