How to insert one picture into another

When working with pictures or photos operation overlay one image onto another is used more often than any other. Most convenient to do this by using specialized software and graphic editors. The procedure of combining images of difficulty, but depending on the application the sequence of steps may vary. 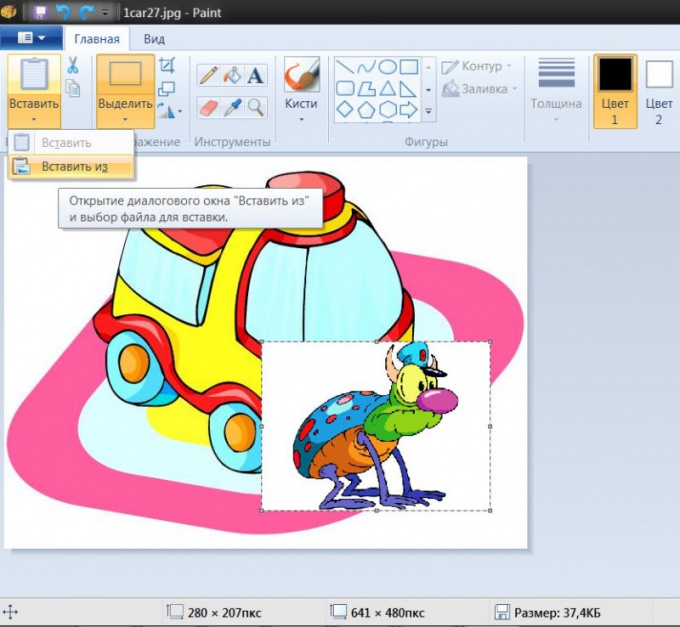 Related articles:
Instruction
1
Take, for example, a standard Paint graphics editor included with Windows software. Start the app, press Ctrl + O, locate and open the picture that needs to be in the background.
2
Open in Paint menu drop-down list labeled "Insert" and select "Paste from" - the graphic editor will re-launch the file download dialog. With it, find and open the second picture - Paint, put it on top of the first. You will have the opportunity to adjust the position and size of the pictures - do this by moving the nodal points placed on the contour of the inserted image. This operation is possible only immediately after the insertion, and later to return a frame with anchor points will be.
3
Save the combined image by pressing the key combination Ctrl + S.
4
If you have the opportunity to use the graphic editor Adobe Photoshop, it will significantly expand the range of options combining the two images. When you run the application, open the background image in the same way that is used in the Paint editor - the file open dialog here called shortcut Ctrl + O.
5
Open the same way and the second picture. Then place it on a separate layer on top of background images. If you open both pictures in separate Windows, then just drag and drop the row from the layers panel in another window. You can do it differently - select the entire image (Ctrl + A), copy the selection (Ctrl + C), go to another window and paste (Ctrl + V). A new layer for the pasted image in both cases will be created by the editor automatically.
6
Adjust the position and size of inserted pictures - press Ctrl + T and then proceed in the same way as in the Paint editor. If you move the nodal point while pressing the Ctrl key, the size of the inserted images will change proportionally, without distortion of the ratio of width and height.
7
Set the parameters for the overlay images the foreground and background image. Adjust its transparency using the slider that appears when opening the drop-down list of "Opacity" in the layers panel. To the left of this control placed on another list in which you can choose from more than two dozen ways to blend images.
Is the advice useful?
See also
Присоединяйтесь к нам
New advices