What is triceps and biceps

Such anatomical terms as the triceps and biceps, well known, not related to medicine: this is one of the most visible muscles in the human body, their growth directed many physical exercises which make the hands stronger and more powerful. Triceps and biceps close but perform different functions and are different from each other. 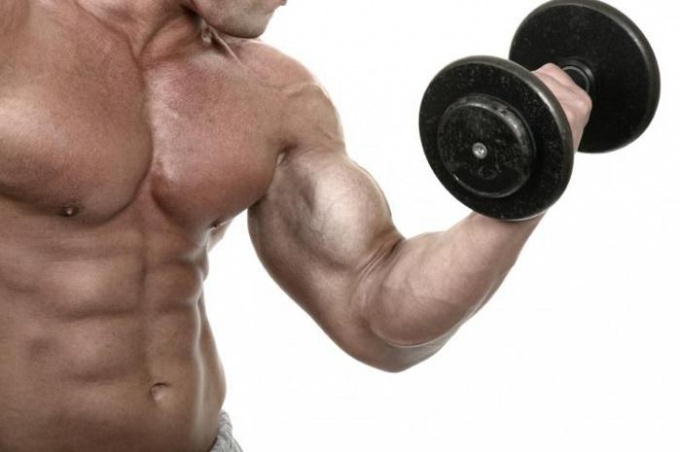 The official anatomical term for the biceps, sounds like a two-headed muscle of a shoulder. This large muscle clearly visible under the skin on the anterior surface of the shoulder part of the arm. In ancient times it was believed that this muscle represents the developed musculature of a man – as in physically strong people biceps definitely attracts attention because it is involved in the most frequent movement of the hands, flexion of the elbow joint. Therefore, when evaluating the muscularity of the body first of all pay attention to this muscle, as many bodybuilders or simply want to improve your appearance pick up special training facilities to develop this part of the arm.

The biceps muscle is called biceps because it has two bundles, or heads: the long and short. The first is on the outer part of starts from the edge of the blade. The second is from inside and also originates from the scapula, slightly below the long beam.

The triceps brachii similar to biceps that performs a similar function – it not only flexes and extends the elbow joint. The muscle is located in the same part of the shoulder of the hand, but from the back side. It consists of three beams: long, medial and lateral. The long head, in addition, is also responsible for the movement of the hand back.

Athletes and other sportsmen pay less attention to the training of triceps, as I believe that the only bicep is responsible for the appearance of a physically strong person. In fact, the biceps muscle is only visible when flexed elbow or when viewed from the front, and the triceps is responsible for the thickness of the shoulder, which is visible from any position – front and rear, and side. The triceps muscle makes up two-thirds of the muscles of the hand piece, therefore it has great importance in the formation of a muscular shoulder.

Avid bodybuilders and bodybuilders choose for themselves the isolation exercises that are aimed at the development of any one muscle. But this is not necessary – and biceps and triceps swinging basic exercises: push-UPS, parallel bars, bench press. In addition, there is a myth that you can pump up different parts of the muscle, but actually in all tenses exercises all muscle, respectively, it grows proportionally in all parts, and its form depends on the genetic characteristics.

Another common misconception is that women should not do exercises on the hands, so as not to look like a bodybuilder. In fact, the female body does not have enough of the hormones responsible for muscle growth. As a result, after exercise of the arms will look toned and strong but not pumped.
Is the advice useful?
See also
Подписывайтесь на наш канал