How to find the Stalker Jay in the game Stalker. Call Of Pripyat

The computer game "Stalker: Call of Pripyat" offers the player not only fierce firefight, research Ghost towns, but a good detective line. In this case the main character will have to work not so much a gun as his head, to bring the enemy to clean water. 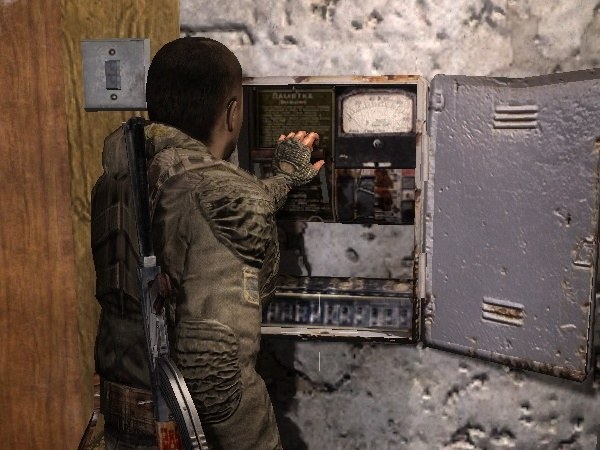 Search magpies on "the Creek"

Starting the game and going to "Skadovsk", climb into the cabin of the doctor. There you will see a wounded Stalker on the operating table and a few battered stalkers around. Talk to them to find out what happened to their group.

During a call, the group commander will tell you that they are the stalkers, the hunters. During a RAID on the mutants they took a rookie who threw the party that led to such losses. You will then receive from the Stalker Shingles the quest to find the magpies and will be able to inquire about him from other characters.

Ask about the magpie of the inhabitants of "Skadovsk", but from their answers it will be difficult to establish the current whereabouts of the traitor, so go to the main merchant information from the stalkers – the Owl. Describing him Jay, for a fee you can learn that fits the description of the Stalker saw on location "Jupiter" at the station "Midsummer".

To move to a new location, perform the search assignment cards for the Pilot, as well as the quest for the Beard in search of poisonous gas for the destruction of dens bloodsuckers.

Reaching the station "Midsummer", go to the bar and look around. Your attention can attract talkative Stalker clan "Freedom" by the name of flint, telling suspiciously familiar things about the destruction of dens bloodsuckers.

When you are sufficiently familiar on the location of "Jupiter" and will be able to find the legendary Oasis again go back to the station "Midsummer". The story of who and how found this anomaly you will learn from the same flint, bezvylazno sitting at the station. After another registry yourself your services, he will mention that single-handedly took out all the artifacts from the quarry near the station. To bring the liar to clean water go there.

Surf the anomalies until you hear the cries for help. Ran on them, you will see a dying Stalker Sliver. With his last strength, he will tell you about who betrayed and abandoned him to death Stalker clan "Freedom", hiding all found artifacts.
Go back to the station "Midsummer" and ask him about how he got in his career artifacts, and not whether he was left for dead Chips.

Frightened, the flint will begin to threaten the main character, talking about his coolness. When he mention that he personally killed the monster Chimera, which destroyed a group of Shingles, doubts disappear, you have found the Stalker, Magpie, hiding under the name of flint.

Now you can take the flint-Forty in the massacre of his clan, or a clan hostile to them "Debt". Also you can report stalkers-hunters Shingles, and who gave you this quest.
Is the advice useful?
See also
Присоединяйтесь к нам
New advices